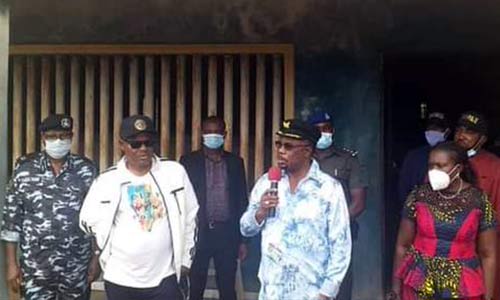 The offices are in Ekwulobia, Neni and Awkuzu.

Our correspondent gathered that the governor during the visit granted bail unconditionally to three detainees illegally held by the defunct unit.

Speaking during the exercise, Governor Obiano said, “the Commissioner of Police in the state has released everyone detained illegally, and everyone remanded by the order of the court, will remain there until their cases are determined.”

Obiano had on Thursday sacked hie senior security aide, James Nwafor, who was formerly a SARS boss in the state before his appointment.

He had also promised to free detained persons and also ensure that Nwafor who was accused of killing and maiming many, was brought to book.

NEWS: PDP inaugurates campaign council for Plateau Senatorial By-Election
Obiano revealed that on Monday, he will inaugurate a panel that will entertain public petitions on the activities of SARS in the state, adding that the panel will be headed by a retired Chief Judge.