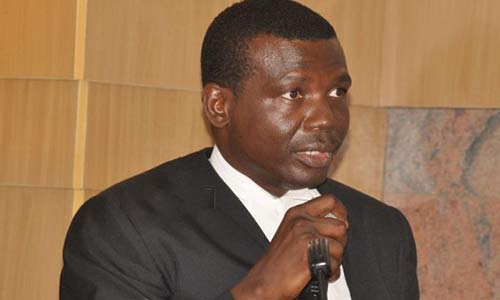 A Senior Advocate of Nigeria and member of the Lagos State Judicial Panel of Inquiry on activities of disbanded Special Anti-Robbery Squad (SARS), Mr. Ebun Adegboruwa, SAN, has said that the Lagos Panel of Inquiry will do a good job

He disclosed this during an interview with Vanguard when asked regarding misgivings of people over the panels which are being created across the country.

“I believe those expressing pessimism about panels of inquiry set up by government are vindicated by a sense of history. Given our history, they can’t be blamed.

“There is a distrust that exists between the citizens and government in terms of previous declarations by government, which have not seen the light of the day.” he said.

However, he said it was because of that very experience that he extracted sufficient commitment from the state governor, Babajide Sanwo-Olu, concerning the autonomy of the Lagos panel.

He said, “I got those assurances. Since it was not something that was lobbied for, I pleaded with government to allow me to serve on the panel on part-time basis. By that arrangement, I won’t be entitled to remuneration or sitting allowance. It would put one in a position where he can make informed decisions, and take objective views of all matters coming before the panel. I also looked at other members of the panel, especially the Chairman, Justice Okwuobi, retd, who is acknowledged to be a very forthright and steadfast judicial officer.”

Furthermore, he said, “So long as government would continue to honour its commitment to allowing us to do an independent job, the panel would be different. As part of the efforts to ensure we do a good job, we demanded and got instruments of appointments under the Tribunal of Inquiry Law of Lagos State, which has given legal backing to the panel. We got letters of appointment also. Against that background, I see some level of seriousness on the part of the governor.”

Adegboruwa said the six months period given to the panel is not too long because due process of law will be followed by the panel during its sittings.

“A panel of inquiry is more like a court where normal procedures for due process has to be followed. We are talking about people bringing complaints about brutality, rights violations and abuses. It would involve making allegations against some persons or institutions. Those allegations must be verified, they must be serious so that they can be on oath. It is to ensure they don’t just make frivolous allegations against people that cannot be defended.

“As it is normal in the court parlance, we have to create a system whereby those complaints can be interrogated. And before you decide on the fate of the person who complaints have been made against, you need to hear from the person. For instance, if there is an allegation against a police officer, we need to send a summons to the police to make him appear before us. If there is a written complaint, we need to avail him the opportunity to receive the complaint and respond. He must be entitled to confront the person making an allegation against him, either by himself or through his legal representative.” he explained

In view of the foregoing, he said the six months “is not too long a time.”

He said, “And we will give it a serious priority. Watching the video clips on social media was quite horrific and one was heartbroken seeing the bloodshed and the wickedness unleashed on peaceful protesters. It gladdens the heart that the governor of Lagos State has already given a directive for an investigation.

“We would combine the outcome of the investigation with the evidence we have on social media to determine the culpability of anyone that may have been involved in using live bullets against protesters at Lekki Toll Gate. My personal pain is that the centre has been the most peaceful, the most coordinated and the most enlightened. There was no reason whatsoever to have cut down the lives of anyone there. We are going to work with government and if there is any cause to indict anyone, we would not shy away from doing it.”