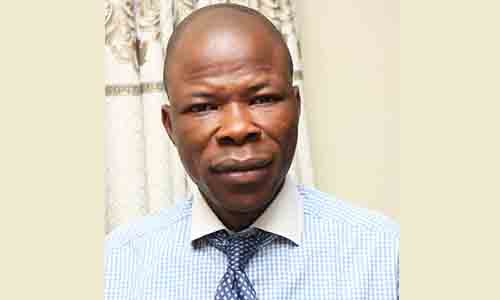 The former Secretary of the Nigerian Bar Association (NBA) Lagos Branch, Adebola Olarotimi Lema, has called on lawyers across the country to appeal to colleagues, clients, families and friends to stop spreading false information regarding the ongoing nationwide EndSars protest

According to Mr. Lema, even if some of the information are true, spreading them should be stopped to avoid inciting a breach of public people

I bring you greetings learned seniors and colleagues even as I am in pain as a result of the wanton destruction of lives and properties from the hijack of the #EndSARS protests which commenced some two weeks ago but took a hobeessian form on Monday evening owing to the attack on harmless protesters at Lekki consequent upon which non state actors disguised as protesters to wreck unquantifiable and unimaginable violence and destruction on the populace in our dear nation, Nigeria.

Several Police Stations (21 at the last count in Lagos State alone and many more in several states in the country).

Many people were killed by state and non state actors (the exact number hasn’t been determined but they are in hundreds. What a loss?

It is now time for us to allow the anger in the land to dissipate and as colleagues we can do a lot in speaking to our colleagues and also helping to talk to our clients in the way we curtail the spread of false and unverified information (even if verified, we should desist from spreading such because the unrestricted spread of mis-information could in a way destroy the nascent or temporal peace we enjoy in the country presently.

We are leaders in the society and we should now take up that role in our local communities by appealing to friends and family members nay contemporaries of the danger of violence to our economy which hasn’t recovered from the closure and lockdown due to covid 19 for the large part of year 2020.

Permit me to share a story the Vice President, Prof. Yemi Osinbajo, SAN shared to an audience I was part of sometime ago. He was a part of a United Nation peace keeping mission to a nation in Africa which was ravaged by internal conflicts and there he saw a former Chief Justice of that country in a queue with plate in his hand to collect his daily ration in an internally displaced persons’ (IDP) camp. What a sorry state.

Remember, we are an endangered species and our ways and the ways of the Courts are not understood by the populace hence, we and the judiciary are the targets in a state of anarchy as was witnessed in Nigeria in the last one week.

Personally, I had refrained from making any post in the last two weeks because I believe uncontrolled protests and spread of misinformation portend danger for any economy and we have seen the result; carnage in an unimaginable way that the legal community in Lagos and by extension Nigeria may not recover from in a long time. Many private investments have been destroyed and looted (and are still been looted and destroyed even now) in the name of protest by persons who had no business with the #EndSARS protests in the first instance but took advantage of the lack of police presence in the country to deal a blow to our collective patrimony.

We can help change the narrative by resisting the urge to spread posts which may cause great havoc in our country. History has beckoned on us and it will not be nice if we betray the duty imposed on us by God and Mankind.