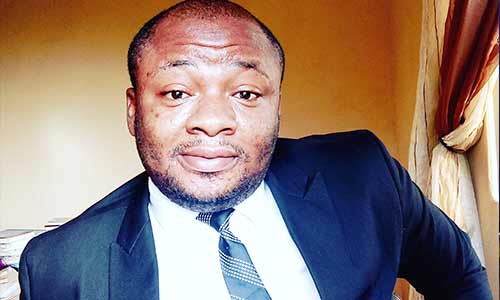 I was shocked to my bone marrows and completely dumfunded when I received the news that the IGP has created another department in the police force known as SWAT( Special Weapon and Tactics) which purports to replace the contentious SARS( SPECIAL ANTI- ROBBERY SQUAD).

What a hilarious way to respond to a serious issue such as police brutality and the consequent End SARS Agitations by Nigerians. It is no longer news that Nigerians have been agrieved and have recently expressed displeasure over incessant brutality and abuse of the rights of innocent citizens of Nigeria by members of the police force, more particularly, the scrabbed SARS. The number of Human right abuses, extra-judicial killings and lawlessness constantly displayed by the members of the police force particular, SARS, have lead to the recent marathon and massive protest all over the country by concerned citizens of our dear country, Nigeria, shouting and the demanding an “End to SARS and police brutality.

WHAT NIGERIANS ARE CLAMOURING FOR:

Nigerians wouldn’t be asking for the abolition of SARS if not for their flagrant disregard for rule of law and due process. Infact, we all know the need for creation of a special force to combact crime in Nigeria. Infact, SARS was created for that purpose. SARS was created to fight ArmedRobbery in Nigeria.However, it is supprising and shocking to find SARS deviating from the main aim of it’s existence by haunting and hurting those they are meant to protect.

It must be noted that what Nigerians really want is a society that is free from police brutality. We want a society where human rights are respected and protected by security operatives. We desire a Nigeria where security operatives are not above the law and are precluded from taking laws into their hands. We need a Nigeria where due process is followed to the latter. We want a complete stoppage of police brutality. Creating SWAT to replace SARS, will  by no stretch of imagination, address the problem of police brutality.

CHANGING SARS TO SWAT IS A BIG JOKE:

The creation of another department whose name sounds and looks more damgerious than SARS, without more, is like Pouring an old wine in a new bottle. The police force entirely, needs to be reformed. While we recognize that it won’t be an easy task, we still fail to understand why changing the nomenclature of SARS , was considered to be the first step toward addressing the issue of police brutality. Nigerians are tired of the indiscriminate violation of human rights by security operatives. It is high time sanity is restored to the police force. Police officers are  not above the law. They ought to abide by the law and also protect the Constitutional rights of Nigerian citizens instead of abusing it.

According to Wikipedia, Police brutality can simply be defined as a civil rights violation, where law enforcement officers exercise undue or excessive force against a subject. This may include, but is not limited to, physical or verbal harassment, physical or mental injury, property damage, and death. In other to put a permanent stop to the issue of police brutality, the following should be looked into: