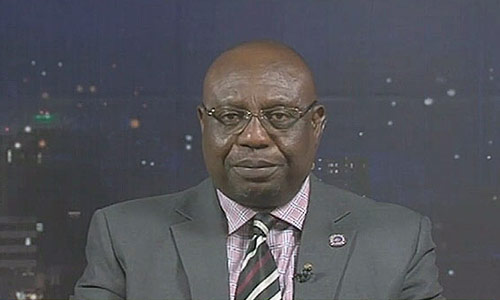 The Independent National Electoral Commission (INEC) has commented on a letter written to it by President Muhammadu Buhari, over the contentious Electoral Act amendment.

Recall that Buhari, who received the bill on November 19, has until December 19 to sign it or withhold his assent and communicate to the National Assembly his feelings and comments about the bill.

Also, if after 30 days, the President refuses to sign the bill and the National Assembly is not in support of the President’s amendments or reservation, the Senate and the House of Representatives can recall the bill and pass it.

If the bill is passed in the form it was sent to the President by two-thirds majority votes in both chambers, the bill automatically becomes a law even without the signature of the President.

However, in its official comment to the President’s letter, INEC said its position Constitutionally, legally and administratively, is that it is the end user of the electoral legal framework.

INEC National Commissioner and Chairman, Information and Voter Education Committee (IVEC), Festus Okoye, said that it is conventionally rational, strategic and fundamental to seek the opinion of the commission and other critical agencies in the electoral matrix before a new legal framework becomes law.

“Pursuant to section 58(4) of the Constitution of the Federal Republic of Nigeria, 1999(as amended) the President has 30 days to assent to a Bill presented to him by the National Assembly.

“The President has requested the commission and other critical national institutions to revert with detailed and considered views indicating whether or not the President should assent to the Bill.

“This is the democratic way to go and the commission will make its views known to the President bearing in mind the overriding national interest and the interest of our democracy.

“The Commission will go through the Bill and revert to the President within the time frame given to it,” Okoye said.

He said the commission is aware that Nigerians are waiting for this Bill and also conscious of the fact that a comprehensive, clear, unambiguous and forward looking electoral legal framework is germane to the early preparation for election.

On the cost implication, Okoye said that it is rather unfortunate that the issue of direct or indirect primaries has overshadowed other fundamental issues in the Bill.

He said, “However, it is difficult at this stage to speculate on the cost implications of direct primaries. As at today, the Bill is inchoate until the President assents to it.

“It is the constitutional and legal responsibility of the commission to give effect to laws passed by the National Assembly.