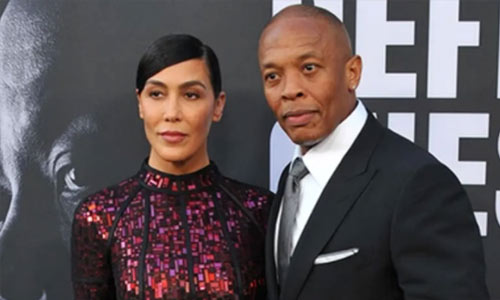 A judge has rejected Dr. Dre’s estranged wife, Nicole Young’s request for $1.5 million to pay for various expenses, such as security.

The judge also dismissed her request to expedite Dre paying out $5 million for her lawyer’s fees. Young’s lawyers were in court on Thursday, urging the judge to accept her $1.5 million claim for security since she’s getting death threats, TMZ reports.

Part of the reason why the judge rejected her request is because she let her security team go, which Dre was already paying for. She alleged that Dre has been controlling and wanted to bring on her own security, saying Dre warned her that he would fire her security if they didn’t do what he said. Dre’s lawyer told the judge that the hip-hop mogul is inclined to pay Young’s expenses, including security, which the judge accepted.

Young’s lawyers also urged the judge to advance the hearing regarding the $5 million for attorney’s fees, wanting it moved from January to this month. However, the judge said no.

When the judge dismissed Young’s requests, he remarked that he’s working on more crucial domestic violence and custody cases, and her case isn’t anywhere as serious. He noted that if Dre was trying to control Young, then she could file a restraining order against him.

Earlier this month, news surfaced that Young had filed a nearly $2 million a month temporary spousal support request. It’s unclear at this time if that’s the same claim as the $1.5 million request she made for security.

This week, Dre responded to Young’s $2 million claim, saying, “This all seems like the wrath of an angry person being exacerbated by opportunistic lawyers.” He also revealed that he’s already paid $5 million in lawyer fees for Young for their divorce.