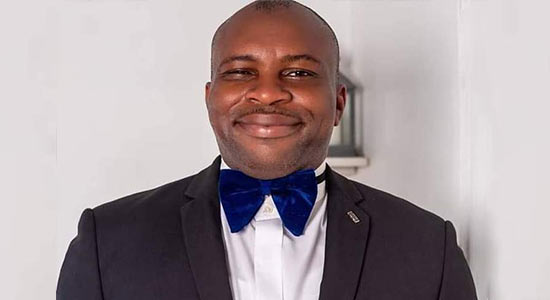 The Publicity Secretary of the Law Society of Nigeria, Douglas Ogbankwa has resigned his position from the society.

His resignation was announced in a personally signed statement made available to TheNigeriaLawyer this morning, 25th January, 2023.

According to the statement, his resignation was warranted by personal reasons, including the need to streamline his focus to other engagements.

He also thanked all those who gave him the opportunity to serve in the role, and prayed that the legal profession enjoys peace and common ground in the new year.

“I hereby resign as the Publicity Secretary of the Law Society of Nigeria, with immediate effect. This is due to personal reasons and to enable me concentrate on varied spectrum in other areas of my engagements. I thank all and sundry for the opportunity to serve and pray that the Legal Profession will find peace and common grounds in this new year.

The Legal Profession is important in a transition year and it is of the essence for stakeholders to synergize for a better Nigeria. A Society thrives where law and justice prevails .Long live the Federal Republic of Nigeria.

At its National Executive Council, (NEC) meeting of Dec 15, 2022, the NBA had also suspended its former General Secretary, Mr. Nimi Walson-Jack as a member of the NBA-NEC.

The body also stripped him of all privileges accruing to him as a past General Secretary.

The meeting also resolved that the Law Society of Nigeria (LSN), is unknown to members of the Bar and mandated the NBA President, Yakubu Maikyau (SAN) to commence processes for the delisting of the LSN by the Corporate Affairs Commission.

On its Twitter page @LawSocietyof Nig, the association describes itself as an alternative for change.

Change in matters that have been ignored in the legal profession, prominent of which are Premium on members welfare and an open and transparent system in choosing leaders of the profession at the National Level.

Infact its promoters described the association as a “new sheriff in town.”

Walson-Jack who acted as NBA General Secretary between 2004-2006 has however protested his suspension, saying it violated the NBA Constitution and also breached his right to fair hearing.