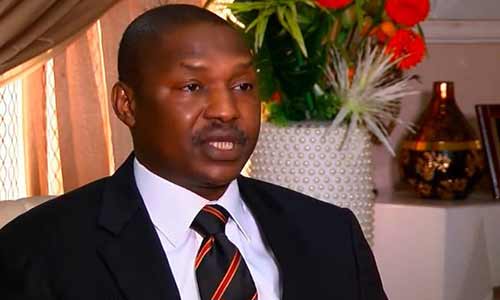 The Disciplinary Committee of Legal Practitioners’ Privileges Committee on Friday adjourned indefinitely, the hearing of a petition of alleged misconduct filed by the family of a former National Security Adviser, Sambo Dasuki, against the immediate-past Attorney-General and Minister of Justice, Mr. Abubakar Malami (SAN).

Our correspondent learnt that the three-man panel of the LPPC adjourned the hearing indefinitely on Friday after the petitioners, through their lawyer, Mr. Victor Okwudiri, requested an adjournment to enable them to “regularise” their petition.

They sought to do so by filing a “verifying affidavit” which was not originally filed along with their petition as it ought to.

Malami and his team of lawyers attended the Friday’s proceedings.

They did not oppose the petitioners’ request.

The three-man panel led by the Chief Judge of Osun State, Justice Adepele Ojo, subsequently adjourned the matter indefinitely to afford the petitioners enough time to regularise their petition.

Our correspondent learnt that the panel assured that it would issue a hearing notice for its next proceedings in due course.

The Dasuki family’s petition was sparked by Malami’s last year media comment suggesting that Dasuki, despite meeting the latest bail conditions granted him by the Federal High Court in Abuja on July 2, 2018, would not be released from the custody of the Department of State Service on the grounds of national security.

The petitioners prayed that Malami be disciplined not just as a lawyer, but also as a Senior Advocate of Nigeria.

The LPPC is the body that confers the highly coveted rank of Senior Advocate of Nigeria on deserving lawyers and reserves the power to withdraw the rank from any lawyer on the grounds of ethical breaches.