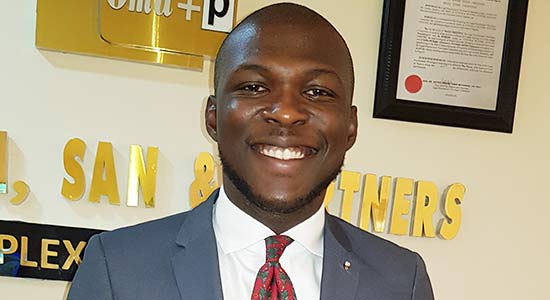 With the recent global awakening of online commercial markets across the economies of the earth, also came a corresponding increase in the rate of online business and commercial transactions across African economies, with values of Online commerce in Africa expected to reach $29 billion in 2022.

To set the right perspective, the pertinent question to however answer is where does Nigeria stand in this recent online market surge across global markets, and indeed African markets, with her acclaimed recognition and pride as the Giants of Africa, and her prowess in the African commercial markets? Has her status as a commercial key player in the Afro-economics of the world transmogrified into her very involvement in online commercialization or can we say otherwise?  It is without gainsaying, that Nigeria has earned the recognition as one of the biggest internet economies in Africa, with statistics showing an overwhelming 250.7 million visitors to our online marketplaces in 2019 alone largely owed to the spread of internet services, the enormous populace and technological progression.

Another prevailing advantage that has recently sustained the Digital currency narrative as a chief accomplice in successful online commercialization in the 21st century, has been the recent role played by Digital currencies, to facilitate the ease of doing business during the Corona-Virus era, a lot has been witnessed of how Digital currencies, persisted in sustaining online business transaction, while financial institutions where locked down, liquidated and unable to continue business due to the pandemic. This has doubtlessly added to the credence of virtual currencies, above other currencies in the occasion of online transactions today.

LEGAL RECOGNITION OF DIGITAL CURRENCY IN NIGERIA, WHERE DO WE STAND?

The stance of Nigeria, was given credence, when the Central Bank of Nigeria, issued a Circular to

Banks and other Financial institutions on Virtual currency operations in Nigeria. In the above circular, the CBN, decried gross disadvantages that accompanies the use of digital currencies, where it noted:

Transactions    in         Virtual Currencies       are       largely untraceable     and      anonymous                           us making them susceptible to abuse by criminals, especially in money laundering and financing of terrorism. Virtual currencies are traded in exchange platforms that are unregulated, all over the world. Consumers may therefore lose their money without any legal redress in the event these exchangers collapse or close business.

Further to the above, the Nigerian Deposit Insurance Corporation (NDIC) further warned, that Nigerians will not be afforded consumer protection and insurance from its institution, when trading on crypto currencies as virtual currencies where it noted that, “no central bank will accept digital currency as a substitute for its national currency or part of its monetary system, when it is not able to control it”

While the above is true, it is respectfully noted, that law exists as a dynamic machinery of social engineering necessary, to govern and address new trends, changes and curves in human interactions with one another. With particular respect to the Cyber Crimes Acts legal means could be exploited under this enactment, to cure the above mischief and make the Nigerian commercial landscape a better and favorable place for investors. Moreover, it is dangerous to leave an area of human interaction, without a legal civilization and regulation, as this will give perceived criminals a fun filled day in manipulating such areas in their favor, just as it is kindly noted, Nature abhors Vacuum. Furthermore, it is noted, that where there is no law defining a wrong or an offence, there can be no commission of such wrong or offence, and no corresponding punishment or remedy from the courts to curb that mischief and further develop such emerging curve.

Recently however, the Security and Exchange Commission, sequel to its powers under Section 13 of the of the Investment and securities Act (2007) as the primary regulators of Nigeria’s Capital market and investment frameworks, and consequent to such, on the 14th of September 2020, issued a notice recognizing virtual crypto assets, virtual tokens, blockchain based offers of digital assets and other digital currencies within the confines of “Securities”, unless the contrary is proven.

While the above development, is a laudable development and a plausible shift from the previous position of the Central Bank of Nigeria, it shows Nigeria’s readiness to position itself in the league of digital economies in the world. However, moving forward, more must be done in developing and widening the curve in the legal recognition of Digital currencies in Nigeria, as a legal tender and a means of transfer of value for commercial transactions in Nigerian commercial market, beyond the restrictive approach of recognizing them as Securities, for the following reasons:

CANADIAN LEGAL RECOGNITION OF DIGITAL CURRENCY, MODELLING THE ADOPTION OF A LEGAL ENVIRONMENT FOR DIGITAL CURRENCIES, TO THRIVE IN NGERIAN COMMERCIAL MARKETS.

While it has been carefully noted above, that Nigeria has in recent days, done laudably to reposition itself favorably to harness the treasures accessible for her economy through digital financing and currency, it is important to take a cue from developed economies, who have leveraged on the medium of digital currencies, to grow their economy. Below, we will quickly look at the Canadian legal system, as a model for Nigeria’s adoption of crypto currency in commercial transactions.

Interestingly, mining of cryptocurrencies can be undertaken for profit or otherwise in Canada, and such are subject to taxes under Section 10 of the Income Tax Act. In determining the payable tax, consideration is placed on the inventory per year.

They have been notable for the adoption of the world’s first national law on digital currencies and for pioneering the treatment of digital financial transactions under the ambit of their antimoney laundry laws.

It is kindly noted, that with the harsh realities, which the Corona Virus pandemic has left behind for the Nigerian economy, as other economies across the nations of the earth, the prevalent certainties of economic recession and down turns, has left many physical currencies without adequate values and purchasing powers in the global market, during commercial transactions and the Nigerian currency, has not been left untouched by this reality. It is thus within reason, to consider the adoption of a legal environment that recognizes and governs the free, fair and equitable flow of digital currencies which have been known to have exhibited resilience, in the midst of the corona economy, within and without our commercial markets.

It is further noted, that with the recent ratification of the African Continental Free Trade Agreement, and by effect the unification of African market economies, digital currencies provides a unified medium for the sale and purchase of commercial commodities across African boarders and further affords a secured free flow of financial resources across several nationalities in Africa, thereby aiding Nigeria’s participation in the African cross boarder market economy and ultimately, enriching our economy.