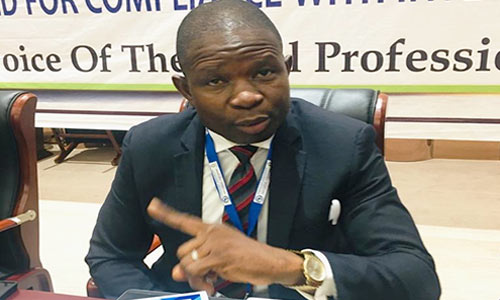 The debate has been raging, especially on the social media, as to whether or not the WhatsApp is a private place or a public place. I think it is private Place. Let’s look into the meaning of the word, “public.” BLACK’S LAW DICTIONARY says that the word, “public” pertains to “a state, nation, or whole community; proceeding from, relating to, or affecting the whole body of people or an entire community.” According to the Dictionary, a “public” place is “open to all, open to common use.” Please see the following cases: Morgan v. Cree, 46 Vt. 786, 14 Am. Rep. 640; Crane v. Waters (C. C.) 10 Fed. 621; Austin v. Soule, 36 Vt. 650; Appeal of Eliot, 74 Coun. 586, 51 Atl. 558; 0’IIara v. Miller, 1 Kulp (Pa.) 295” According to the US LEGAL Incorporated, a Place is not a public place if it is “a place used exclusively by one or more individuals for a private gathering or other personal purpose.”

On its part, WIKIPEDIA is of the view that a public place is “a social space that is generally open and accessible to all people.” Another definition of “public place” goes thus: “a place that is generally open to all persons in a community as opposed to being restricted to specific persons.” (see https://definedterm.com/public_place). Outside law, and to speak generally, CAMBRIDGE ENGLISH DICTIONARY defines a “public place” as “relating to or involving people in general rather than being limited to relating to a particular group of pesons.” Turning back to legislation, section 197 (1) of the Canadian Criminal Code defines a public place as “any place to which the public have access as of right or by invitation, express or implied… any place any person has an exclusive right of user with respect to it.” In Australia, a “public place ” includes “any place of public resort; or any open place to which the public whether upon or without payment for admittance have or are permitted to have access; or any public place within the meaning of the words “public place.” The owners of WhatApp themselves have declared that WhatsApp is a private place, whether it’s one-on-one or a closed group of people such Legal Practice Discourse, Legal Minds, Lawyers Forum, Law and Society Forum, People’s Parliament, Lawyers’ Assembly, etc. (see https://www.whatsapp.com/legal/)

In India, a “public place” has been defined as ” a social space such as a town square that is open and accessible to all, regardless of gender, race, ethnicity, age or socio-economic level.” (See http://www.lawyersclubindia.com/mobile/experts/details.asp?mod_id=247411). Back here in Nigeria, the PUBLIC ORDER ACT defines a “public place” as “any highway, public park or garden and any sea-beach, and any public bridge, road, lane, foot-way or pathway, square, court, alley or passage, whether a thoroughfare or not, and includes any open space or any building or other structure to which, for the time being, the public have or are permitted to have access, whether on payment or otherwise.”

Further, the CRIMINAL CODE (Nigeria) defines “public place” as ” any public way, and any building, place, or conveyance, to which for the time being the public are entitled or permitted to have access, either without any conditions or upon condition of making any payment, and any building or place which is for the time being used for any public or religious meeting or assembly, or as an open court.” The Interpretation Act (Nigeria) has exactly the same definition as the Public Order Act. I went this far because it appears that a many a lawyer does not understand the legal meaning of “public place.” And it is for this reason that the trial judge in the case of EDIBO v. THE STATE (S.C. 284/2003 judgment of the Supreme Court was delivered on 11 May 2007). In that case, the trial court/judge had erroneously described the Judge’s Chambers as a “public place,” where trial of a criminal matter could go on in satisfaction of the mandatory requirements of section 36 of the Nigerian Constitution that all court trials and proceedings must hold in PUBLIC. The judge had taken that position simply because, present in chambers during the arraignment of the defendant (in that case) was a “group of people” including the accused. This had misled the learned trial judge into believing that any gathering of a group of people (even when closed and not open to the general public) is a PUBLIC PLACE. However, on appeal, and quite expectedly, the Supreme Court of Nigeria took on the judge, tong-lashed him and upturned his judgment. See also the following cases on this point: Oyeyipo v. Oyinloye (1987) 1 NWLR (Part 50) 356; and N.A.B. v Barri Engineering (Nig.) Ltd (1995) 8 N.W.L.R. (Part 413) 257 at 273

It is therefore clear that a WhatApp page or group Forum, clearly, is a private place, and not a public place. This discussion is important because many people do not yet know that it is part of media ethics that a person’s comments on a Whatsapp page or Forum (one-on-one or a group platform) are the person’s (commentator’s) private right; no other person has any right to take the comment to the wider world (ie, publish it) without the author’s or commentator’s prior permission. “Ethics in journalism are based on professional conduct, morality and the truth. Not adhering to these fundamental principles leads to misrepresenting or misleading members of the public, and in some cases jeopardizing their lives. Professionally, betraying media ethics could result in a journalism career being destroyed.” (see http://www.journalismdegree.com/ethics/).

Permit me to finally point out that with the coming into force of the Evidence Act, 2011 (Nigeria), the difference between analog and digital appears to now be in the past. That’s the law. Note also that the mere fact it’s possible for outsiders or non members of a WhatsApp forum to access information on that forum does not translate the WhatsApp Forum, which is purely a private place, into a public place. If anyone who is not a member accesses info on a WhatsApp Forum, such person does so illegally. Just as the armed robber may access a person’s private property or house by breaking into the house to steal or rob. That alone does not make the victim’s house a public place. If a place is not lawfully and freely accessible to the general public, that place is not a public place, even if that place has 300 or more people inside it. WhatsApp is a private, not a public place. For further reading visit also https://www.google.com.ng/amp/s/www.wired.com/story/whatsapp-billion-daily-users-privacy-twitter/amp.