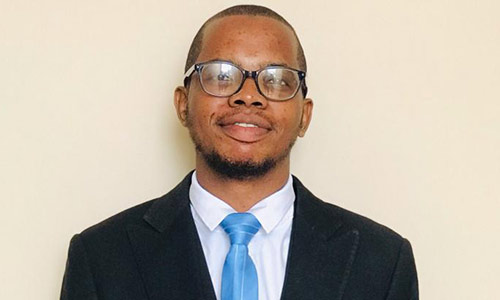 Few weeks ago, the news of the sudden arrest of some students in Kano by Hisbah officials attracted mixed reactions as some questioned the constitutionality or legality of the arrest. This incident has raised the recurring questions surrounding the legality of the activities carried out by Hisbah organization.

Prior to this time, it is to worthy to know that the reluctance of the Nigeria Police Force to enforce certain Islamic Penal Codes was what led to the introduction of  Hisbah even though writer hold the humble opinion that it is an obligation of the Police  to enforce Islamic penal codes, just as it enforced the provisions of the Criminal Code and the Penal Code which predate the Islamic penal codes.

To provide a context for this assertion, it is important to draw attention to the fact that public order and public security are concurrent matters between the federal and state governments under the 1999 Constitution by virtue of the provisions of sections 11(1) and (2) thereof. The Criminal Code and the Penal Code, which are expressions of a legislative intent to secure public order and security through the creation of offences, is federal and state enactment depending on how the offence relates to matters in the Exclusive, Concurrent or Residual list.

Thus, as rightly observed by Nwabueze, “[t]he Criminal Code operates both as a federal or state law under the provisions of the Constitution relating to existing law.”  in addendum, the Penal Code contains many offences that reflect Islamic norms.

Criminal law and prosecution in Northern Nigeria, even after the introduction of the Islamic Penal Codes for the 12 northern states, is partly constituted by the Penal Code and Criminal Procedure Code 1960, as enacted by each of these states. The Police Force is constitutionally bound to enforce the Penal and Criminal Codes because they are existing laws under the 1999 Constitution. It is difficult to imagine why the introduction of Islamic penal codes in the 12 northern states should be any different. Until they are struck down by Nigerian courts, the Islamic penal codes and other Islamic criminal legislation remain valid and enforceable by the Nigeria Police Force.

Be that as it may, there is  another argument that the Nigeria Police Force  is a secular organisation which is in conformity with Nigeria’s secular status, which is affirmed by section 10 of the 1999 Constitution and accordingly, it would not enforce laws which are tantamount to the adoption of a state religion.

Now, moving on to the question as regards the constitutionality of the Hisbah organization, its establishment and operations has resulted in widespread allegations that they are a police force and unconstitutional in view of the emphatic cast of section 214 of the 1999 Constitution, that there shall be only one police force in Nigeria. Any other police force, it is argued, can only exist pursuant to a constitutional amendment. This perspective, however, ignores the constitutional challenges that arise from the powers granted to state governments by sections 4(6) and (7) of the Nigerian Constitution enabling State Houses of Assembly to make laws for the peace, order and good government of a state.

Supposing in accordance with their constitutional entitlements, a state government enacts criminal legislation, who would enforce such legislation?

It is clear that the Supreme Court sidestepped the merits of the case by holding that, by the facts of the case, the threshold of its original jurisdiction had not been crossed since there was no dispute between the Federal and Kano State governments. Rather, the Court held that a dispute was evident between officials of Kano State and officials of the Federal Government that could have been brought before lower courts of record, such as the Federal High Court.

It is interesting to note that Kalgo JSC recognised the fact that, under section 7 of the Hisbah Board Law of 2003, some of the duties and responsibilities of the Hisbah Board are similar in many respects to those of the Nigeria Police Force. Furthermore, it appeared from the papers filed by the plaintiffs in the Hisbah case that the then Inspector-General of Police was of the opinion that the Hisbah corps in Kano State completely usurped the powers and duties of the NPF under the Police Act and the 1999 Constitution. The outcome of the Hisbah case was a successful civil suit for illegal detention instituted by the arrested officials of the Kano State Hisbah Board, and an acquittal of the criminal charges against them by the Nigeria Police Force could understandably be regarded by the Kano State government and the other 11 Northern Nigerian states as a victory and an affirmation of the constitutionality of the Kano hisbah operations.

While the Kano State Hisbah Board appears to be the most prominent, available evidence indicates that there are hisbah operations in seven of the 12 northern states which have introduced Islamic penal codes. With respect to law enforcement activities generally, it would appear that the unsettled status of the hisbah resulted in the designation of the hisbah as acting in an advisory and complementary role to law enforcement agencies, especially the Nigeria Police Force.

In Kano State, the Hisbah Board Law of 2003 established the Kano State Hisbah Board. The functions of the Board are set out in section 7(4) and include “rendering necessary assistance to the police and other security agencies, especially in the areas of prevention, detection and reporting of offences”

When it is seen that this function is one of the many endowed on the Kano State Hisbah Board, it is tempting to conclude that the Kano State Hisbah Board, like other hisbah organisations, is not a police force mandated to enforce Islamic criminal law. Available evidence indicates otherwise, and there are many instances in which the Kano State Hisbah Board, like other hisbah organisations, has operated like a police force. In Kano State, the Hisbah Board has been involved in preventing women from riding commercial motorcycles pursuant to a 2005 amendment to the Kano State Road Traffic Ordinance, which inserted a section 45 that provides that any motorcyclist that carries any female as a paying passenger shall be guilty of an offence and on conviction shall be liable to a fine or suspension from riding a motorcycle. Other documented activities of the Hisbah Board include the destruction of alcohol; the arrest of prostitutes; and the closure of brothels, rendering necessary assistance to the police and other security agencies, especially in the areas of prevention, detection and reporting of offences.

It is the writer’s humble opinion that the fact that the Nigerian Supreme Court missed a great opportunity to examine the constitutionality of the Hisbah Board of Kano State and, by implication, the legality of the introduction of Islamic penal codes has been a detriment to the administration of justice in this instance.  In light of that, the Hisbah organization is not unconstitutional unless and until a court of law decides otherwise.

In order to clear this ambiguity, the writer calls on the pulic interest litigators to take up this matter and pursue it up to the Supreme Court in order to determine its constitutionality vis a vis its legality.

5.The Nigerian police force and the enforcement of religious criminal law by

Toheeb Mustapha Babalola is a Pupil of Law, a content creator, a blogger & a student of Faculty of Law, Bayero University, Kano. He is the Founder of Lex Updates Publications, a Deputy Cordinator, North West Zone, MIPLG. He is interested in advocacy,academic writing,legal writing/history ,activism and a  plethora of positivism. To reach him,email:toheebmustapha15@gmail.com or contact/whatsapp:08106244073.