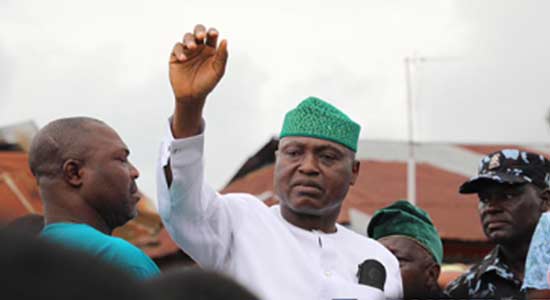 A Federal High Court sitting in Ado Ekiti on Thursday dismissed a suit filed by an aspirant in the January 27 governorship primary of the All Progressives Congress Engr. Kayode Ojo, challenging the victory of the Governor-elect, Biodun Oyebanji.

The court upheld preliminary objection of the counsel to Oyebanji, Mr. Kabir Akingbolu, that the writ of summons and statement of claims of Ojo were defective which dealt a fatal blow to the case.

Ojo, who emerged first runner in the APC primary poll, had approached the court to challenge the exercise, faulting the use of individuals he described as political appointees as electoral officers.

He urged the court to nullify the party’s governorship primary on the grounds of alleged violation of the APC constitution and order for conduct of a fresh primary.

The APC was the 1st Defendant while Oyebanji, who went ahead to win the June 18 governorship poll, is the 2nd Defendant in the suit.

The 4th-19th defendants served as Chairmen of the Electoral Committees/Returning Officers in the 16 Local Government Areas during the Ekiti APC Governorship Primary held across the state.

Delivering the judgement, the presiding judge, Justice Babs Kuewumi, dismissed Ojo’s case and agreed with the Oyebanji’s counsel that the discrepancies in the originating processes had rendered the case mere academic.

Justice Kuewumi held that the names of counsel on the Plaintiff’s originating summons and statement and the Nigerian Bar Association (NBA) stamp ran contrary which is against the law rendering the suit defective and incompetent.

While the name on the NBA stamp of one of the lawyers of Ojo reads “Moroof Bolanle,” the one that appears on the list of lawyers submitted for the case reads “Olayinka Bolanle.”

According to the judge, a further scrutiny on the Plaintiff’s writ of summons and statement of claim reveals two different signatures which renders the suit invalid ab initio.

“The signatures on the writ of summons and the statement of claim are not the same. There is no jurisdiction, there is no case. I will make copies of my judgment available to counsels tomorrow.

“Having ruled on the issue of objection, there is no further judgment to deliver. The Plaintiff is free to approach the higher court for appeal,” the judge held.

Earlier, the judge expressed appreciation to all counsels for their industry and cooperation as the matter was expeditiously heard and determined.

Counsel to the Ojo, Mr. Taiwo Ogunmoroti, had earlier urged the court to make the judgment available to him for perusal and any possible action.

But counsel to Oyebanji, Mr. Akingbolu, in a chat with reporters after the judgment was delivered, expressed satisfaction with the verdict which he said was in line with the law and the rules of the court.

Akingbolu said: “Before a process is filed in court, a known lawyer must sign it but many lawyers subscribed to this originating process but there was only one signature. The law is that you must tick the name of the person who signed it and this was not done in this case.

“Again, the NBA seal, which is the authority of office for a lawyer to signal document was affixed but the name on the seal was different from the one on all the process.

“What the court is saying is that whatever you put on it cannot stand. You cannot build a castle in the air, it is.bot just possible.”