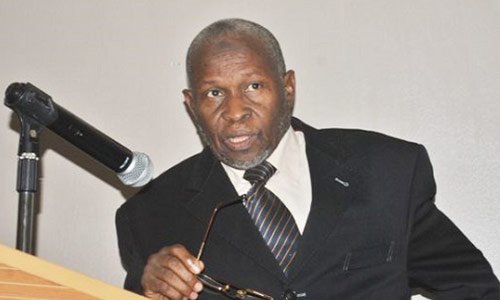 A Federal High Court in Abuja has struck out a suit challenging Justice Tanko Muhammad’s competence to hold the office of the Chief Justice of Nigeria.

The Presiding Judge, Justice Inyang Ekwo made his judgement on the grounds that Malcolm Omirhobo Foundation who is the plaintiff, lacked the locus standi to institute the suit.

Justice Ekwo also held that the group does not have the power to engage in the public interest litigation which it claimed to be undertaking by filing the action.

He adds that contrary to the claim of the plaintiff to be a non-governmental organisation, there is no legislation in Nigeria permitting the registration of any group as such and no group registered under the part C of the company could engage in such litigation.

Justice Ekwo asks the National Assembly to emulate some Commonwealth countries like Uganda and Zimbabwe that have separate legislations on registration of the non-governmental organisation.

Backstory
Mr Omithobo had filed the suit against the National Judicial Council before the Federal High Court in Abuja seeking an order to stop the appointment of Mr Muhammad as the substantive Chief Justice.

The applicant in the suit with number argued that Mr Muhammad made himself a tool that was used in the violation of the constitution, with regards to the controversial removal of the former Chief Justice of Nigeria, Walter Onnoghen, by President Muhammadu Buhari.

The applicant had sought the court’s declaration that the Constitution never contemplated the suspension or removal of the CJN by an ‘exparte order’ of court.

The applicant added that “the president does not have the vires or power under the law to unilaterally suspend and/or remove the Chief Justice of Nigeria from office.”

Mr Omirhobo then sought an order restraining the Senate from confirming the appointment of Mr Muhammad as the substantive CJN.

After his controversial suspension, Mr Onnoghen was convicted by the Code of Conduct Tribunal for false assets declaration.

The tribunal ordered his sack from office. It also ruled that he should forfeit his undeclared assets.