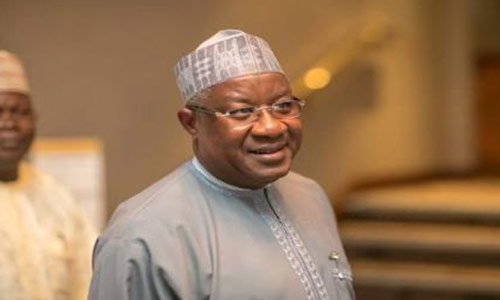 A Federal High Court in Abuja has ordered lawyers to former Comptroller-General of Customs (CGC), Abdullahi Inde Dikko, to deliver to him a charge pending against him (Dikko) in the court.

Justice Ijeoma Ojukwu gave the directive yesterday upon being told that lawyers from Mahmud A, Magaji (SAN) & Co were challenging an earlier court order directing the firm to receive the charge and hand same to Dikko.

The Independent Corrupt Practices and other related offences Commission (ICPC) filed the 10-count charge, in which it accused Dikko and two others of defrauding the Managing Director of Cambial Limited, Yemi Obadeyi, of N1.1 bilion.

The ICPC said it served the charge on the other defendants – Garba Makarfi (a former Assistant Comptroller in charge of Finance at the Nigeria Customs Service (NCS) and Umar Husseini (a lawyer) – but has been unable to serve Dikko since it was filed last year.

In view of the development, the ICPC, on the last date, applied under the Administration of Criminal Justice Act (ACJA) for the charge to be served on the ex-Customs boss through the lawyer who represented him during investigation, a request the court granted.

At the resumed hearing yesterday, Dikko (the first defendant) was absent, while Makarfi and Husseini were in court.

When the judge sought to know why Dikko was absent and was not represented by any lawyer, Adenekan Shogunle (for the prosecution) said in compliance with the court’s order, the charge has been served on the law firm of Mahmud A. Magaji (SAN) & Co for onward delivery to Dikko.

A lawyer from the law firm, Miss. B. O. Odigie, said the charge was wrongly served on her firm, and that she has filed an application to challenge the service.

According to her, the firm was not briefed by the first defendant to represent him in this case, although the firm was representing Dikko in other cases.

In view of Odigie’s submission, Justice Ojukwu asked the prosecution lawyer why he prayed the court to be allowed to serve the first defendant through the law firm.

“The letter they wrote to that effect is marked: ‘Exhibit ICPC 2,’ dated November 16, 2018, and addressed to the Chairman ICPC, where they introduced themselves as solicitors to the first defendant.”

When confronted with the “Exhibit ICPC 2,” Odigie sought time to “put our house in order.”

Shogunle said he would have prayed the court for the issuance of an arrest warrant against Dikko, but for his realisation that from the way Odigie sounded, it was obvious the firm had not handed the charge to Dikko.

Justice Ojukwu said the court was not interested in whether or not the law firm was briefed to handle the case on behalf of the first defendant, but that the firm was only required to hand the charge to Dikko as ordered by the court.

She consequently adjourned till November 21 for arraignment.

Dikko, Makarfi and Hussain are accused of defrauding a real estate firm, Cambial Limited, of N1,100,952,380.96, using their offices.

In 2010, the NCS was said to have bought a housing estate in Kuje, Abuja, comprising 120 units of duplexes from Cambial Limited at N4.8billion.

Beside allegedly deducting N819,047,619.04 as legal fees, agency fees, Value Added Tax (VAT) and Withholding Tax, Dikko and Makarfi were said to have asked Cambial Ltd to pay the N1,100,952,380.96 into Hussain’s law firm’s account as “security for the completion of works in the estate,” before the firm could access what was left of N4.8billion paid by the NCS into its (Cambial’s) Zenith Bank account.

In counts six, seven and eight, Hussain was said to have “entered a deal with Dikko and Makarfi” to transfer N250m to Abys Motors Ltd’s account in GTB, N486m to Hasbunallah BDC Ltd and to withdraw N260m from the N1,100,952,380.96, which they allegedly obtained from Cambial by false pretense.

Makarfi was, in count nine, said to have received “an aggregate of $3m which was delivered to you in cash by Abdullahi Usman Musa, a representative of Hasbunallah BDC Ltd,” which formed part of the N1,100,952,380.96

He was, in count 10, accused of making false statement to ICPC’s investigator by claiming that he agreed to receive the N1,100,952,380.96 into his firm’s account “as a favour to Dikko and Makarfi, because he believed the money was death benefit on behalf of an unnamed deceased family friend.”

One of the counts, Dikko, Makarfi and Hussain. were said to have “on or about the 6th of April 2010, by false pretence and with intent to defraud, conspired with each other to induce one Mr. Yemi Obadeyi, Managing Director of Cambial Limited, to pay the sum of N1,100,952,380.96 into the account of Capital Law Office, a private law firm owned by Umar Hussain under the pretext that the said sum was required as a refundable ‘completion security deposit’ in respect of the contract for the purchase of 120 units of duplexes as residential accommodation for of the Nigerian Customs Service.”