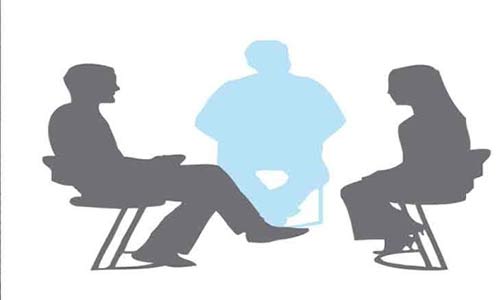 Applicable Law on cost in Domestic Arbitration in Nigeria

The foremost law on arbitration in Nigeria is the Arbitration and Conciliation Act (ACA).[1] Although, the ACA is silent on cost in relation to Domestic Arbitration, the Arbitration rules encapsulated by virtue of Schedule 1 to the ACA however makes provisions for cost which covers both domestic and international arbitration.[2]

By virtue of article 38 of the Arbitration rules;

The award of cost and as so rightly held by our courts is that cost is not usually imposed as a punishment but as a compensation for out of pocket expenses in whose favour it may inure.[3] In African Continental Bank Ltd. & Anor. v. Ajugwo (2011) LPELR-3637(CA) the court appeal affirmed this position when it stated as follows:

“It is worthy of note that costs are not imposed as a punishment on the party who pays them, neither are they awarded as a bonus to the benefiting party. The party entitled should only be indemnified for his out of pocket expenses and be compensated for the true and fair expenses for the litigation.”

The General Rule on Cost

As a general rule, cost follows event and by virtue of interpretation, cost is to be borne by the unsuccessful party.[4] The award of cost, of course, is at the discretion of the court, however, such discretion must be exercised judicially and judiciously. In Haco ltd v. Brown (1973) 4 S.C. (REPRINT) 103; the Supreme Court Per Irikefe, AG. J.S.C laid emphasis to this general rule thus:

“We are satisfied that there is abundant authority in support of the proposition that a successful party in an action, unless he misconducts himself, is entitled to costs as of right.”

Exception to the General rule

The above provision clearly gives cognizance to the successful party in the arbitration, however, sub-paragraph (2) of Article 40 recognizes an exception where the tribunal may determine that cost may be borne by any party in the arbitration depending on the circumstances of the case. This instance covers cost of legal representation.

Although, the Arbitration rules does not provide for any express exception where cost may be borne by the unsuccessful party, judicial authorities have however given credence to such exceptions. The attitude of the parties in the course of the arbitral proceedings plays a significant role in whether the arbitrator or panel will invoke its discretion in departing from the general principle.[5] Thus, where there is unreasonable delay or employing delaying tactics to frustrate the arbitral process, the arbitrators and the other party(s) in dispute, the arbitrator may not apply the cost follows the event principle.[6] In the case of Westland Helicopters Ltd. v. Arab Organisation for Industrialization,[7] the arbitral tribunal awarded £18million against the losing party for its delay which caused the proceedings to last 13 years. Also, in the case of Elgindata[8] where the arbitral tribunal asserted that:

“It is now clear that a too robust application of the cost follows the event principle encourages parties to increase the costs of the litigation or arbitration, since it discourages parties from being selective as to the points they take. Because if you recover all your costs as long as you win, you are encouraged to leave no stone unturned in your efforts to win.”

The above assertion was modified by Lord Woolf M.R. in Phonographic Performance Ltd v. Rediffusion Music Ltd.[9] He was of the view that:

“…to the effect that where the successful party raises issues or make allegations which have failed, he may not only be deprived of some or all of his costs but may be ordered to pay the whole or a part of the costs of the unsuccessful.”

Furthermore, in situations whereby the successful party was unsuccessful in a major issue that led to an increase in the cost of the arbitration, the arbitral tribunal can depart from the principle that cost follows the event.[10] Another notable departure from the cost follow event rule is the case of Calderbanks v. Calderbanks;[11] where the respondent made a settlement offer which would have readily saved time and the cost of the arbitration, howbeit, rejected by the claimant who was the successful party on unreasonable grounds, the court at the end of the proceeding awarded cost in favour of the respondent.

Ultimately, arbitration being a dispute resolution mechanism activated by parties’ agreement, where it is mutually agreed in writing that the costs of the arbitration should be allocated on a certain method, the arbitrator can depart from the general rule on cost and honor the agreement between the parties.[12]

Although the ACA is silent of the applicable regime on cost in domestic arbitration, the arbitration rules encapsulated by virtue of schedule 1 to the ACA circumvents for this lacuna and provides an itemized rider of what will amount to cost in arbitration.

The general jurisprudential rule on cost is that cost follows event and the successful party is entitled to its cost. While the substantive law does not provide for express departure from this general rule, judicial authorities have lent caps in recognizing instances where cost may be awarded against the successful party. It is however recommended that parties at the inception of the arbitration proceeding agree on how cost is to be apportioned as this would forestall any disagreement that may arise if the discretion is left to the arbitrator or panel.

[6] Bello Adesina Temitayo, “Cost Follows the Event in Arbitration: Its Paradigm and Relevance”, Journal of Research and Development Vol. 2, No.1, 2014.

[7] 80 ILR 622 (1987-10-23). There are currently no case laws recognizing exceptions to this cost follows event principle however, foreign authorities form persuasive opinion which the practices of arbitration recognize.