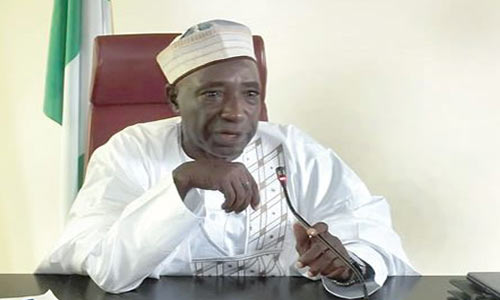 The Federal Government has said it has begun the rehabilitation of grazing reserves in 21 states, as a means of resolving the farmers/herders crisis across the country.

The Minister of Agriculture, Sabo Nanono disclosed this during a webinar meeting organised by the Policy Centre of Abuja Chamber of Commerce and Industry (ACCI) to mark the World Milk Day, 2021.

The Minister said the Ministry has mobilised contractors to various sites across the country with a target to revive the grazing reserves.

This is coming weeks after the Southern Governor’s Forum had warned that no land in the south will be ceded for grazing.

Recall, the Governors of the 17 southern states had resolved to ban open grazing of cattle in their states.

Open grazing of cattle has in recent times caused conflicts between host communities and migrant herders, leading to deaths in many states.

The Forum noted that development and population growth had put pressure on available land in the region, thereby increasing the prospects of conflict between migrating herders and local indigenes in the south.

However, the Minister on Tuesday said that work is presently ongoing with monitoring team supervising progress of works at various centres.

He said, “The Federal Government is committed to providing infrastructures that will make the reserves suitable for pastoralist thereby increasing Nigerians local dairy production capacity.

“The government is collaborating with local and international partners to improve the relationship between farmer/herder through revitalisation of the grazing reserves urging Nigerians to support government efforts in this direction.”

The President, ACCI, Al-Mujtaba Abubakar called for intensive backward integration within the Dairy Sector, as currently being championed by the Central Bank of Nigeria and the Ministry of Agriculture.

The major policy thrust of the ACCI-Policy brief which was launched in the meeting includes; private-sector-driven implementation of the National livestock transformation plan, creation of private sector driven ranching system.

Others are establishment of a National Dairy Board, training and capacity building of pastoralists and deployment of modern technology to every segment of the dairy business.