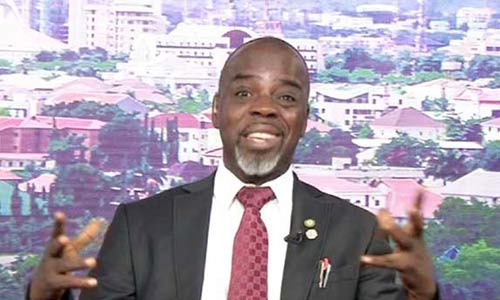 He faulted secessionists’ claim that agitation for self-determination is a fundamental right, noting that Chapter 4 (fundamental human rights guaranteed provisions) of the 1999 Constitution does not include the right to expressions seeking to divide the country.

The NBA official stated this in his personal capacity in a post on his Facebook page titled, STIRRING THE HORNET’S NEST; THE MENS REA.

He began his post by differentiating between the agitations of a former Niger Delta militant leader, Government Ekpemupolo, alias Tompolo on the one hand, and that by Boko Haram, the Independent People of Biafra (IPOB) and Igboho, on the other.

Mr Kanu, the leader of IPOB that is calling for the independence of Biafra from Nigeria, was presented before a federal high court in Abuja last Tuesday, days after his arrest at an undisclosed location abroad.

A team of joint security operatives invaded Mr Igboho’s house in Soka, Ibadan, capital of Oyo State around 1an last Thursday, barely 72 hours to his plan to hold a rally in Lagos to further canvas for the Yoruba nation.

Defending the government’s actions “strictly based on the law”, Aikpokpo-Martins said: “Let it be known that there is a major difference in the agitation of the Niger Delta militants as led by Tompolo etc to the agitations of Boko Haram, IPOB and Sunday Igboho.

“Tompolo never agitated for a different country; this is very very significant and must reflect on how he is treated.

“Whereas Boko Haram, IPOB and Sunday Igboho are agitating to carve different countries out of Nigeria, Tompolo never did that; he is a Nigerian and advocates for justice and equity albeit as a Nigerian and in Nigeria.

“Constitutionally, no President (whether he is a Buhari, Nnamdi, Babatunde, Ahmed, Osahon, Wike, Aper etc) worth his job will treat those agitating for self-determination with kid’s gloves; he is constitutionally and legally mandated and obliged to crush such people.

“You may mouth fundamental human rights to self-determination etc, but the fact is, the Nigerian constitution described Nigeria as one indivisible country; see section 2(1) of the 1999 constitution.”

According to him, such agitations are “simply unconstitutional and the President is constitutionally bound to crush same.”

He contended further that Chapter 4 (fundamental human rights guaranteed provisions) of the constitution that many rely on to defend protests, agitations and rallies to demand for a division of Nigeria into different countries “did not guarantee such expressions when such expressions or assemblages are directed at the validity and/or legitimacy of the constitution itself ie seeking a divisible Nigeria!

“The constitution must inherently and naturally protect and defend itself by denying any person or agitator any right that is inimical to its existence.

“The constitution and all organs and authorities that take legitimacy from the constitution will automatically be biased against such agitators, so they should not expect to be granted any benefits as of right.

Aikpokpo-Martins advised that for the agitators to enjoy the benefits of the constitution and be free from the biases of those in authorities vide the constitution, they must first “renounce their claims to the unconstitutional calls for the divisibility of Nigeria ie calls to be carved out of Nigeria.

“Except and until the constitution provides for the right to self-determination, any expression or assemblage where such agitations are made are not only unconstitutional but also treasonable.

“So, I urge the agitators for different countries to be carved out of Nigeria to first agitate for the right to self-determination and referendum be included in the constitution.

He described those who disagree with his argument as blind.

According to him; “Many persons may not agree with me, but then such people may be blinded by sentiments, ignorance or both. My analysis is strictly based on the law as I know it, and the law is not sentimental.

“Lastly, Tompolo was asking for a better deal for his people WITHIN the country called Nigeria as a Nigerian, he never professed any other nationality nor sought for the break up of Nigeria.

“This fundamental is the ideological difference between him and the others. His methods may have been unlawful, but certainly not unconstitutional, so he deserves different treatment to Sunday Igboho, Nnamdi Kanu, Shekau and all Boko Haramists.

“The actus reus may be the same, but the mens rea is not.”