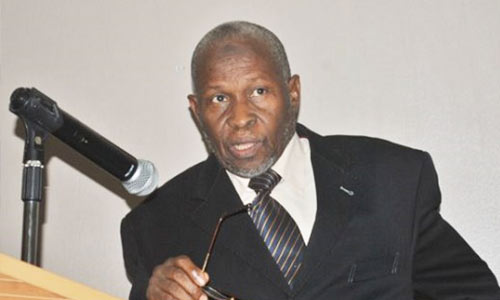 The Chief Justice of Nigeria (CJN), Justice Ibrahim Muhammad, Saturday night, challenged six other Justices of the Supreme Court, Justices of the Court of Appeal, Judges of High Courts, Professors of Law, Chief Mike Ozekhome, Chief Chris Uche as well as other Senior Advocate of Nigeria (SANs), who belong to the Nigeria Law School set of 1981 to come up with “tangible project” that will benefit the society.

The CJN predicated the call on the grounds that the set has not only succeeded exceedingly but is the set most favoured by God Almighty and as such, must do something to appreciate God and the society which gave them the opportunity.

He said the set, which boasts of the highest number of Justices from the Supreme Court and other lower courts, SANs, academia and other human endeavours, must “come together” and “look for a project that will bear the name of the class of 1981 set” so as to make a place in history.

He said: “Let us think of something very important to the legal profession and Nigeria in general.”

According to the CJN, such project which could be for the Law School or the universities must be “something tangible that society will appreciate”.

He therefore charged the group to keep the bound of unity and not hesitate to lend a helping hand to one another when the need arises.

In a similar vein, the Chairman of the class, Chief Ozekhome (SAN), stated that the set of 1981 has not only been profoundly blessed by God but is the most distinguished set since the Law School was established in 1962.

While stating that the set has produced eminent religious leaders that provide for the spiritual and celestial needs of Nigerians; produced eminent traditional rulers, governors, ministers and eminent players in other sectors of the Nigerian economy and beyond, Ozekhome disclosed that the set boasts of six of the current Justices of the Supreme Court including the CJN.

“Perhaps more interesting is the fact that we are the only set ever in Nigeria that currently boasts of six revered Justices of the Supreme Court, the apex court of the land. They would have been seven, but for the resignation of Justice Sidi Bage, who was coronated Emir of Lafia,” he said.

In a welcome address, the Chairman of the National Planning Committee, Chief Chris Uche (SAN), noted that the occasion was a rare opportunity to meet many members they have not seen for years and urged members to therefore feel free to relate with “classmates of 40 years ago, devoid of hierarchical protocols”.

He urged them to also consolidate the meeting because, “there is so much we can do as a privileged group to influence policy and decision making at the highest levels in the legal profession for improvement and reforms in
the justice delivery system, the development of legal education and indeed for the peace and stability of the country” for the good of the present and future generations.

Members of the set currently on the bench of the apex court outside the CJN are Justices Olukayode Ariwoola, Kudirat Kekere-Ekun, Uwani Abba-Aji, Lawal Garba and Adamu Jauro.