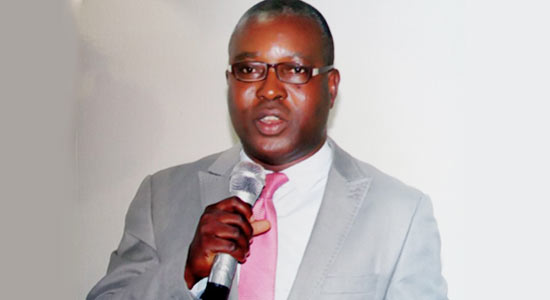 In the past few weeks, there has been a continuous call for both the Legislature and the Judiciary, especially at the various States to be autonomous. The Calls made by the Parliamentary Staff Association of Nigeria (PASAN), and Judiciary Staff Union of Nigeria (JUSUN), have become the loudest, culminating into a nation-wide strike called by both PASAN and JUSUN.

No need to remind us of the effects of the strike actions, but suffice to say that the strike called by JUSUN, has very devastating effect upon lawyers, litigants and the ordinary citizens of Nigeria.

Other well-meaning citizens have also stood up in support and defence of the actions of both PASAN and JUSUN. One common denominator, in the actions of PASAN and JUSUN, is that they are asking the Executive arm of Government to implement financial autonomy for the Legislature and the Judiciary, as enshrined in the 4th Alteration, which amended Section 121 (3) of the 1999 Constitution of the Federal Republic of Nigeria. In fact, JUSUN had gone a step further in this struggle. It has a subsisting judgment of a court to support and backup its fight. And the President Muhammadu Buhari has done well by bringing the issue to the fore for implementation, by signing Executive Order 10 on 22nd May, 2020.

Flowing from the above is the following matters:-

The above assertion finds support in other provisions in the following instances:-

The members of the other organs enjoy only what I call Institutional Privileges. Which are the privileges of a legislator or a judicial officer from civil liabilities arising from the performance of their legislative and judicial functions. See Section 3 of the LEGISLATIVE HOUSE (POWER AND PRIVILEGES) ACT CAP. L 12 LFN 2004. See also EL-RUFAI V. HOUSE OF REPRESENTATIVES 2003 FWLR (PT. 173) 162. And the Laws (Acts) of the various Courts for that of the Judicial Officers.

This is why the statement credited to the Chief Justice of Nigeria (CJN), while urging the JUSUN to suspend the strike, that he (the CJN) cannot call on the Governors to comply, as the Governors would in return ask him for ten favours in return, is not a good way to understand the issue.

The States whose Governors are already implementing the financial autonomy for the legislature and the judiciary should be “named and hailed”.

While those whose Governors have refused to implement, should be “named and shamed” as enemies of democracy and rule of law.

Since the federal government appears to be sympathetic to the plights of the States Legislature and Judiciary, JUSUN should move to enforce the terms of the subsisting judgment, by compelling the Federal Government (Accountant-General of the Federation), to deduct from the funds accruing to the states, from the Federation accounts, and pay same to the Consolidated Revenue Funds in favour of the States legislature and Judiciary, to be accessed by the other states organs directly.

Once this is done, the Governors would be the ones begging for a meeting and a political settlement to the issue.

* David D. Ihua-Maduenyi, Esq. is a Chief Magistrate with the Rivers State Judiciary.