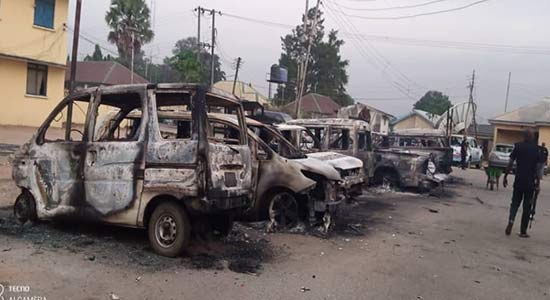 Plans are afoot by the Imo State Government to relocate the headquarters of the Nigerian Correctional Services (NCoS) following an attack on the facility.

Some unknown gunmen had on April 5 attacked the correctional centre, freeing more than 1843 inmates.

The gunmen also attacked the headquarters of the state’s police command.

A former governor of the State, Rochas Okorocha, had built an edifice for both the police and correctional service along Port Harcourt road but the edifices have been overgrown by weeds following the inability of the two establishments to move into the new buildings.

However, following the attack, a joint inspection of the new facilities along Port-Harcourt Road was carried out by a combined team of Imo government officials and officials of the NCoS.

Special Adviser to the Governor on Public Enlightenment, Prince Eze Ugochukwu, said that the inspection was to give effect to Governor Hope Uzodimma’s resolve to relocate the NCoS from the chokehold of the city centre near Douglas House.

Ugochukwu said that the delegation took a comprehensive look at the facilities and what could be done to put it in shape.

He said: “After the joint inspection of the facilities, it was agreed that an appraisal team of a joint technical committee will be formed involving all the stakeholders to carry out a comprehensive evaluation and technical appraisal of what needs to be done to get the place ready for operation.”

He added that the team will present a comprehensive report to the governor for his immediate action.