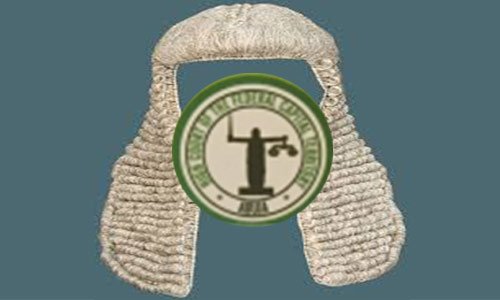 The Judicial Service Committee of the Federal Capital Territory of Nigeria is calling for nomination of suitable and qualified candidates practicing in Nigeria for appointed as judges.

This call was made following the approval by the Chairman of the National Judicial Council, who is the Chief Justice of Nigeria, to kickstart the appointment of fifteen additional judges for the FACT High Court Abuja.

The process is in compliance with Rules 3, Paragraph (1) (a) (i)(ii) of the 2014 Reviewed NJC Guidelines and Procedure Rules.

The advert is contained in a letter from the office of the Hon. Chief Judge and Chairman, Judicial Service Committee of FCT.

The letter is dated the 23rd day of July, 2019, and addressed to the Hon. Chief Justice of Nigeria, the President of the Court of Appeal, the Chief Judge of the Federal High Court, the President of the National Industrial Court of Nigeria, the Chief Judges of all the 36 states of the Federation and the Hon. Grand Kadis of the FCT and those of various states.

The letter is signed by the FCT Chief Judge, Justice I.U. Bello, FNIALS and sighted by TheNigeriaLawyer (TNL). The Chief Judge in the letter said:

“Your Lordship is expected to forward your nomination(s) together with Curriculum Vitae of each candidate to my office not later than 16th of September, 2019.”

The letter is also copied to all the FCT High Court judges, the President of the Nigerian Bar Association, the Chairmen of the NBA Unity Branch, Gwagwalada Branch and Bwari Branch, Abuja.