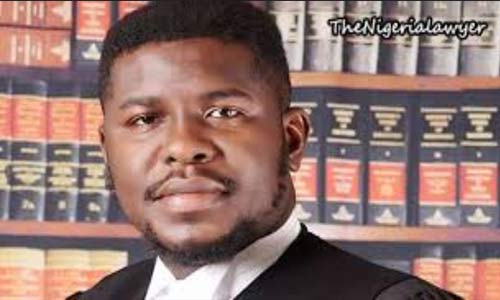 This ugly fact is seen when legislatures and executives, connive to enact laws that are draconic, demonic, anti-national, anti-people and rather selfish. For example, imagine where democratically elected members of the legislature and executive, conspire to enact laws that will permit the unconstitutional removal of democratically elected members of local government authorities. This work analyses the Igbo theory of “Ekere Oru Eke” vis-a-vis the illegality of state laws that permit the removal of elected members of local government authorities in Nigeria and the position of the Supreme Court of Nigeria.

“Section 7(1) of the Constitution states that: “7(1) The system of Local Government by democratically elected Local Government Councils is under this Constitution guaranteed; and accordingly the Government of every State shall, subject to Section 8 of this Constitution ensure their existence under a law which provides for the establishment structure, composition, finance and functions of such councils.” On a careful reading, of the above it becomes clear that it is the duty of the Governor to ensure that the system of Local Government continues unhindered. Dissolving Local Government Councils and replacing them with Caretaker Committee amounts to the Governor acting on his whims and fancies, unknown to our laws, clearly illegal. It is the duty of the Governor to ensure their existence rather than being responsible for destroying them.” Per OLABODE RHODES-VIVOUR ,JSCÂ (Pp. 22-23, paras. E-C) in the case of HON. CHIGOZIE EZE & ORS v. GOVERNOR OF ABIA STATE & ORS (2014) LPELR-23276(SC).

Conclusion:
Ahead of 2020 and the election of President Biden of United States of America, many people had argued that the black man is naturally selfish and power drunk. However, the “we die in power syndrome” which was assumed to affect only African leaders, seem to have shown its color in the White House in the portraits of former President Trump. Hence, it is obvious that man (men and women of all colours, race and location) is naturally power dunk, selfish and pretentious, and only gets saved by personal discipline, rule of law (public discipline) and strong institutions.

This explains why democratically elected state legislatures and executives will spend months planning and executing the enactment of illegal laws, just to remove members of another tier of government (the local government). And, as usual, most politicians are eager to be unlawfully appointed into the local government authority via the illegal state laws. The shameful acts of the states’ governments are contrary to the sprits of “Ekere Oru Eke”, since they act over and beyond their powers.

Above all, the state laws that remove elected officers or that sack local government authorities are invalid, unlawful, unenforceable, unconstitutional and undemocratic. All actors (including Governors that have immunities) in enactment of such unlawful laws and sacking of elected officers should be investigated and prosecuted. The immunity of a governor is not forever and criminal cases can be filed at any time, it cannot expire. No one is above the constitution of Nigeria.

Speak with the writer, ask questions or make inquiries on this topic or any other via onyekachi.umah@gmail.com, info@LearnNigerianLaws.com or +2348037665878 (whatsapp).

Please share this publication for free till it gets to those that need it most. Save a Nigerian today! NOTE: Sharing, modifying or publishing this publication without giving credit to the author or Sabi Law Foundation is a criminal breach of copyright and will be prosecuted. This publication is the writer’s view not a legal advice and does not create any form of relationship. You may reach the writer for more information.

This publication is powered by www.LearnNigerianLaws.com {A Free Law Awareness Program of Sabi Law Foundation, supported by the law firm of Bezaleel Chambers International (BCI).} Sabi Law Foundation is a Not-For-Profit and Non-Governmental Legal Awareness Organization based in Nigeria.