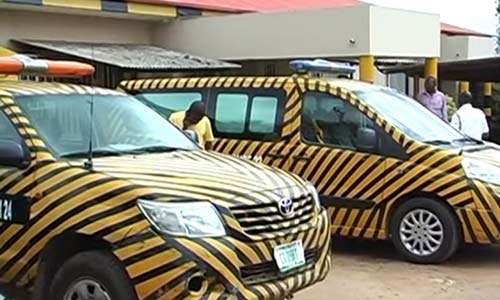 Motorists in Abuja have expressed anger over growing cases of extortion by traffic officials made of men of the police, Vehicle Inspection Officers (VIO) and Federal Road Safety Corps (FRSC), The Nation Reports.

The Nation learnt that they mostly operate along the Shahu Shagari Way, from the State House/Supreme Court junction, through Eagle Square, up to the Transcorp Hotel junction.

According to some of the victims, the officials have perfected style of accusing motorists of violating/beating traffic light, claiming to have the incident on camera, even when no cameras are installed on the traffic poles.

One of the victims, who pleaded not to be named, narrated: “I was accosted by Vehicle Inspection Officers (VIO) on the 5th of September at Ahmadu Bello way Close to Uke Street junction, Garki 2 while returning from the office, claiming that I beat traffic light.

“I crossed the traffic light when it was still counting down at Number 7 and then those behind were also stopped, but were allowed to go because they introduced themselves as brothers to the Minister of FCT.

“I was then taken to their office where I was asked to go for lectures at Lugbe where I paid N2,000. I was also given a book for which I paid 3,000.

“Then, I was asked to go to Maitama General Hospital for mental evaluation, where I met a psychiatrist and paid N17,500.

“I went back to their office and they asked me to bring the sum of N12500 for which I asked them to provide a government account number into which I could pay the money, but they refused and I was forced to bring cash.

“I pleaded that N12,000 was outrageous and they asked me to give them N8,000 which I paid and my car was released on the 7th of September.

“I was mentally traumatized and psychological abused and forced to pay those levies under duress because my car was impounded. Up to this moment, I am still wondering why I should be treated in that manner,” he said.

Another victim said: “I arrived the secretariat roundabout and stopped where a policeman was controlling the traffic only for one of the police officers to approached me.

“The police officer claimed that I have passed the line and insisted that I should follow him to appear before the mobile court. All my explanation was received with deaf ears,” he said.

A former Senator, who said he had experienced similar treatment, told The Nation: “I want to bring to your notice what car owners are experiencing in Abuja with the police around the Federal secretariat up to Transcorp Hotel junction.

“The police around this area have formed a syndicate to be extorting money from car owners with the allegation that you beat traffic light when in real sense you didn’t.

“After passing the traffic light and waiting in the next traffic light. A police officer will just tap your car with the allegation that you beat traffic.

“Even when you try to explain that you never beat the traffic light they will rather threaten to take you to a mobile court or to the hospital for a psychiatric test.

“It is very humiliating knowing that you have not gone foul of the law. No witness or traffic camera to buttress your argument. Many have experienced this including from the VIO.

“The public seriously need to know the wickedness our law enforcement agents are perpetrating on innocent Abuja citizens.

“The law enforcement agents are supposed to be your friend, but the reverse is the case,” he said.