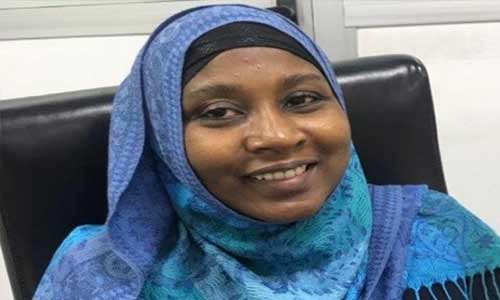 Tax Appeal Tribunal (TAT) is established in accordance with Section 59(1) of the Federal Inland Revenue Service (Establishment) Act, 2007.[1] The TAT formally took off pursuant to the Tax Appeal Tribunal Establishment Order, 2009 issued by the Hon. Minister of Finance, Federal Republic of Nigeria as published in the Federal Government Official Gazette No 296, Vol. 96 of 2nd of December, 2009. By this enactment, the TAT replaces the former Body of Appeal Commissioners (BAC) and Value Added Tax (VAT) Tribunals.[2]

As part of the ongoing reforms of the tax system in Nigeria, the TAT is set up by the Federal Government to adjudicate on all tax disputes arising from operations of the various Tax Laws as spelt out in the Fifth Schedule to the FIRS (Establishment) Act, 2007. Specifically, the Fifth Schedule states that the TAT has jurisdiction over disputes arising from the under listed laws;

The first set of Commissioner’s term expired in 2016 and new set of 50 commissioners inaugurated on 19th November, 2018 by the Hon. Minister of Finance.[3]

PROCESSES UNDER THE TAT

The Tax Appeal is an important component of the tax system and the new tax policy offers a step by step objection and appeal process which gives the complainant an opportunity to explore other dispute resolution mechanisms before gaining access to the regular Court system. According to the Establishment Act, both the taxpayer and relevant tax authority can initiate the appeal process.[4] A taxpayer aggrieved by an assessment or demand notice made upon him by revenue authorities or aggrieved by any action or decision of the revenue authorities under the provisions of the tax laws administered by the revenue authorities may appeal against such action, decision, assessment or demand notice within a period of 30 days.[5] On the other hand, the revenue authorities, if aggrieved in relation to any person in respect of any provisions of the tax laws, can also within a period of 30 days, file an appeal at the appropriate Zone of the Tribunal.[6]

The Tribunals are set up across the six (6) geo-political zones of the country in accordance with the provision of Section 59 (1) of the Federal Inland Revenue Service (FIRS) Establishment Act, 2007 with two (2) additional Tribunals in Lagos and Abuja. Therefore, the TAT is an amalgam of eight (8) zonal Tribunals and a Coordinating Secretariat.[7]

A Tax Appeal Tribunal is located in each of the six geo-political zones, Abuja and Lagos with areas of jurisdiction as stated below.

Tax Appeal Tribunal has a total of fifty (50) Tax Appeal Commissioners. A Tribunal consists of five (5) members appointed by the Honorable Minister of Finance.[9] The Chairman for each zone shall be a legal practitioner who has been so qualified to practice for a period of not less than 15 years with cognate experience in tax legislation and tax matters.[10] The Chairman presides at every sitting of the Tribunal and in his absence the members shall appoint one of them to be the Chairman.[11] The quorum at any sitting of the Tribunal shall be three members. [12]

A Tax Appeal Commissioner shall hold office for a term of three years, renewable for another term of three years only and no more, from the date on which he assumes his office or until he attains the age of 70 years whichever is earlier.[13]

KEY RESPONSIBILITIES OF THE TAT

Tax Appeal Commissioners are responsible for the adjudication of all cases filed at the Tribunal. The Commissioners sit to hear and determine all tax appeals filed at the Tribunal. The Commissioners are appointed on part time basis and as often as may be necessary, meet to hear appeals in the jurisdiction or zone assigned. The Commissioners refers cases that appear to them in the course of hearing, to have criminal elements, to the office of Attorney General of the Federation/States or other law enforcement agencies for prosecution. The Tribunal at the end of proceedings may affirm, annul, discharge or vary tax assessment issued or appealed against by the parties. The Award or Judgment of the Tribunal shall be registered at the Federal High Court and enforced as if Judgment of the Court.

Other responsibilities performed by the Registry/ Secretary of the Tribunal includes:

It has six (6) functional units as follows:

TAT RELATIONSHIP WITH THE OFFICE OF THE HON. MINISTER OF FINANCE

The Coordinating Secretary (CS) is the Accounting Officer of the Tax Appeal Tribunal and he reports to the Hon Minister of Finance who provides strategic guidance to TAT. Some of the areas of their relationship are:

ACHIEVEMENTS OF THE TAT

The TAT has achieved the objectives of setting it up which is timely determination of settlements on tax disputes in an informal atmosphere devoid of technicalities of the Court room.

From inception to date, the TAT has handled over five hundred (500) cases with values as follows:

The table below represents the cases and values of pending cases in TAT as of date:

THE CHALLENGES OF RESOLVING TAX DISPUTES UNDER THE TAT

One of the features of a tax is that it is a compulsory payment for which no direct benefit is received in return. Few persons, if any, willingly pay to the state on a continuous basis, hence the cliché that no one pays tax with a smile. Tax disputes are as certain as tax payments and the manner of resolution of the disputes is a major factor in the revenue base of a country and also for purposes of driving investments.

Tax disputes, now being resolved by the TAT have hitherto been majorly handled by the Federal High Court by virtue of section 251 of the 1999 Constitution. But it is commonplace that the traditional or conventional law courts are not only over-burdened with cases, which take long to decide, but also some of them lack the requisite skills and competencies to deal with specialized matters like taxation.

A major concern with the new regime of tax disputes resolution is that by the conferment on the TAT of exclusive jurisdiction to settle all disputes arising from the operation of the Act and all other tax statutes administered by FIRS, the High Courts are forthwith ceased of jurisdiction to entertain such matters. This concern has caused raging controversies on the constitutionality of TAT, and unfortunately, judicial pronouncements on the issue have, so far, left much to be desired.   The gamut of the arguments against the establishment of TAT is that section 59 of the Act, which established the Tribunal offends the overriding provisions of section 251(1) (a), (b) and (c) of the 1999 Constitution which confers exclusive jurisdiction on the Federal High Court in respect of civil causes and matters relating to the revenue of the Government of the Federation. In other words, the matters now being entertained by the TAT fall within the exclusive jurisdiction of the Federal High Court and until the Constitution is amended, the present arrangement is threatened.

It is instructive to note that in time past the courts have relied on the arguments above to declare as null and void the provisions establishing Body of Appeal Commissioners and Value Added Tax-Tribunal. While some judges have held that the establishment of the TAT is unconstitutional, others have held otherwise. This situation leaves much to be desired and have encouraged forum-shopping among lawyers and tax practitioners in the resolution of tax disputes. The decision of the Federal High Court in NNPC v. CNOOC by Justice Ibrahim Buba held that TAT is not a Court, its decision being subject to appeal to the Federal High Court does not conflict with Section 251 of the Constitution. The latest judicial pronouncement by the Court of Appeal in the case of FIRS v. TSKJ11 Construces International Sociadade LDA[16] has put to rest this controversy and an end to the confusion earlier created.

The challenge of the Tribunal having to operate from rented buildings does not reckon well with tax development.

Another challenge of the TAT is delay in disposing of appeals. The ideal appeal cycle time is 180 days but factors like unpreparedness of counsel to the parties appearing before the Tribunals, non-filing of necessary documents and incessant application for adjournment are creating excessive delays in disposal of the appeals pending across the Tribunal Zones.

The Commissioners and Staff of the Tribunal lack adequate training to be on top of the job.

As laudable as the foregoing arguments against the constitutionality of the TAT may seem, if accepted, it may act as a drawback on the underlining philosophy behind the establishment of the Tribunal and make nonsense of recent tax reform efforts of the government. TAT was established with the major aim of expediting the resolution of tax disputes in a more informal and friendly fashion. Arguing for a return of the jurisdiction over Federal tax disputes to the Federal High Court on grounds of pardonable legislative lapses is a regressive approach to law reform and economic development:

Reforms in dispute resolution systems globally are tilting towards specialization of Courts. The argument is that specialization is a way of achieving excellence and thoroughness. Specialization in a specific type of conflict has become necessary to improve performance and reach timely and just Rulings in an environment marked by increasing conflict proliferation and diversification. Quite often, the advantages of specialized Tribunals can be seen in terms of the problems they are set up to resolve. Consequently, the creation of a specialized Tribunal with exclusive jurisdiction over tax disputes can be seen as solving certain basic problems that have hindered the efficient disposition of tax disputes before the High Courts. Tax cases, like other cases, before the regular Courts take long to be disposed off and the Courts are deprived of the benefits that come with specialization in the handling of Court cases.

CONCLUSION
It is the expectation of all stakeholders that the establishment of the TAT would:

• reduce the incidence of tax evasion, ensure fairness and transparency of the tax system, minimize the delays and bottlenecks in adjudication of tax matters in traditional Court system, improve the taxpayers’ confidence in our tax system, provide opportunity for expertise in tax dispute resolution, provide avenue for effective involvement of parties, focus on facts rather than legal technicalities and promote early and speedy determination of matters without compromising the principle of fairness and equity.

Tribunal procedure reduce the uncertainty, expense and delay associated with resort to litigation. Access to effective dispute resolution will attract foreign investors and new investment expansion of an existing investment.

[3] Section 4, Fifth Schedule of the FIRSEA

[13] Section 4, Fifth Schedule of the FIRSEA