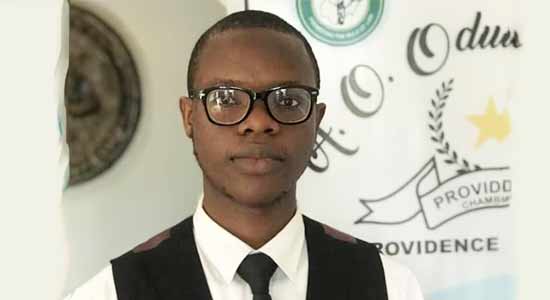 The facts remains that prison inmates are human beings with flesh and blood like a free man. They are not only entitled to certain rights but are equally entitled to seek the protection and enforcement of such right within the purview of the law. This issue of prisoners right has been has been settled like a sand in a glass of water in the case of PETER NEMI v AG LAGOS (1996)6 NWLR(PT.452)P.42 where it was held that Prisoners have all the rights like free citizens, and they must enjoy such right as enjoyed by others except where such rights are properly denied them under the law.

Courts can send people to prison, which usually means they can’t do things they would be able to do if it weren’t for the order or decision of the court. The most important of these is the freedom to move around. So, the prisoners don’t have to give up certain rights that are written into the Constitution and other legal documents and that citizens are supposed to have. So, the focus of this paper is on the rights of prisoners. Some of the prisoner’s rights are protected by the Constitution, local laws, and international agreements. Slowly, the idea of prison is changing from one of retributive justice to one of reformation, with the goal of changing prisoners so that they can return to society as better people. In opposition to this idea, prisoners should be treated like the people they are and not be subjected to degrading and inhumane treatment that could make them angry and cause them to return to society with a damaged mind, which will make society worse off.

Furthermore, it is of great interest to know that all the fundamental rights under Chapter 4 of the Constitution of the Federal Republic of Nigeria 1999 (as amended) are also meant for prison inmates.Some of these rights include:

Rights to life: Every human being is entitled to Right to life due to the facts that they are human being. Prisoners, no matter their offence should not be deprived of their right to life provided where a court of competent court of law has ordered otherwise, especially where the convicted person has been sentenced to death.

Section 34(1) of the Constitution of the Federal Republic of Nigeria 1999 (as amended)   makes provision for right to dignity of human person which prisoners are of no exception. Under no circumstance should a prisoner be treated in an inhumane, cruel or degrading manner, but unfortunately this right in particular is in most time breached by staff of Nigerian Correctional Service which should not be so.

Another important right which a prisoner is entitled is freedom of thought, conscience, and religion. Prisoners have the rights to change from one religion to the one of their choice without anyone hindering or stopping them. In the same vein they also have the right to be treated the same way, without fair or favour or any form of preferential treatment.

All the aforementioned rights and others as made provision for in Section 36 of the Constitution of the Federal Republic of Nigeria 1999(as amended) are not only applicable to a free citizen but to those awaiting trial in a court of law without exception to some instances. Prisoners should be given unrestricted freedom to fair hearing and freedom to appear regularly in court whenever their cases are to be held.

It is in this vein that we will discuss about the main topic which is Prisoners right to partake in election.  Right to partake in an election which is also referred to as suffrage is defined according to the Black’s law dictionary as the rights or privilege of casting a vote at a public election. Prisoners’ right to vote has been the most breached right which prisoners possess. This is because inmates are not allowed to vote and exercise their civil right has a result of them not having access to their Permanent Voters Card (PVC) and lack of access to the polling unit during the time of election. It is to be noted that this acts is unconstitutional, unlawful and null and void.

Article 21(1) of the Universal Declaration of Human Right provides that:

” Everyone has the right to take part in the government of his country, either directly or through freely chosen representative. ”

To buttress my stand on this topic , Article 20 of the  Charter On Human And People’s Rights provides that:

“All people shall have the right to existence. They shall have the unquestionable and inalienable right to self determination. They shall freely determine their political status and shall pursue their economic and social development according to the policy they have freely chosen.”

Pursuance to this, section 39(1) of the Constitution of the Federal Republic of Nigeria 1999 ( as amended) that:

“Every person shall be entitled to freedom of expression, including freedom to hold opinions and to receive and impart ideas and information without interference. ”

The issue of prisoners right to partake in voting exercise has been given judicial notice in the case of IWUJI v COMMISSIONER FOR ESTABLISHMENT (1985) NWLR (Pt.3) SC 497 where the court held that in legal parlance ,where a right to vote is affirmed, there is no room for discretion on enforceability other than setting up centres and registering of inmates.

Finally, this issue has also been given judicial life in the Court of Appeal case of VICTOR EMENUWE ORS v INEC COMPTROLLER GENERAL OF NIGERIAN PRISONERS (2018) LPELR-46104(C.A). This was as a result of an application brought by five prisoners representing all inmates in Nigeria challenging the court on three main issues which were:

(1) That they have a right to be registered as Voters by the  Independent National Electoral Commission (INEC).

(2) That they have the right to vote in all election in the country.

(3) That the failure of Independence National Electoral Commission to facilitate registration and voting arrangements for Nigerian Prisoners is an infringement on their right as a citizen.

Judgement was given in the favour of the prisoner when the court ruled that the Independence National Electoral Commission (INEC) has violated the prisoners right to vote which is unconstitutional, illegal, irregular, unlawful, null and void. The court went on to further grant the prisoners an order instructing INEC to include all prisoners on the voters roll.

However, the Court of Appeal upheld the decision of the FHC that the electoral body is not bound to set up registration centres and voting units within the prison yards and advised that qualified inmates could be taken to the closest voting centres to vote. According to the Court of Appeal, the right to vote is a choice, not a duty, which can be exercised at the instance of the citizen, at his own volition. According to the Court of Appeal, a prison inmate asserts this right when he/she signifies to the prison authority of the desire either to register or to vote, creating a duty for prison authority to ensure that the prisoner exercises this right by notifying INEC. It is at this point that it becomes a statutory duty on INEC to take necessary steps to ensure the prisoners’ register and vote, and failure to take such necessary steps would amount to an illegal violation of the prisoner’s voting right. In this circumstance, the Court of Appeal declined to order INEC to either create a registration centre within the prison yards nationwide or order a mandatory injunction directing INEC to update and include in its national register of voters’ names of citizens in the custody of Nigeria Prisons.

Just because a court sends someone to prison doesn’t mean that person has lost all of his or her rights as a person. So, a prisoner shouldn’t have to deal with conditions that make them feel less like people. This article takes a close look at the basic rights that prisoners should have, at the very least, while they are in jail. They should also be allowed to vote during election.

Abdulsamad Obasanjo Toheeb is a sophomore law student of University of Ilorin. He is interested in advocacy, academic writing, legal writing/history ,activism and a  plethora of positivism.