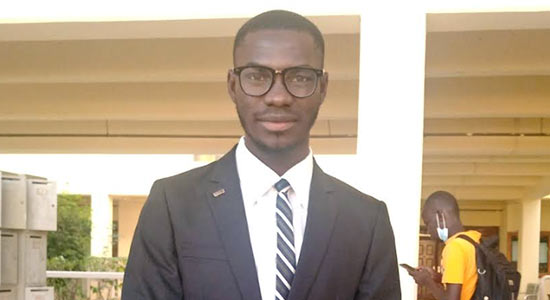 The current security situation in Nigeria should be of concern to all Nigerians, this should be because overcoming this grave challenges requires collective effort. As a developing nation, passing through these challenges is not peculiar to us, many countries in the world had witnessed various forms of insurrection and criminality in the past. Combating insurgency, terrorism, banditry and other forms of crime is accompanied with hard decisions which most at times put law abiding citizens in harsh condition. Today, in Nigeria the flying bullets of death and destruction know no religion, ethnicity, class and origin. It runs through multiple path hence the need to be thorough and through at combating it should not be downplayed.

It is in this thorough approach the Federal Government through the Nigeria Communication Commission (NCC) ordered the temporal suspension of telecommunication in Zamfara and in 13 Local Governments of Katsina State in a bid to checkmate the activities of bandits and insurgents in the affected states and to effectively combat the “madness” that wreaks havoc therein. As expected, this approach by the Federal Government was greeted with applause and condemnation in some quarters, some welcomed the development and others opposed same describing it as a breach of fundamental rights.

On the 11th of September, 2021 the Social Economic Rights and Accountability Project (SERAP) in an open letter frowned at decision of the Federal Government ordering telecom operators to suspend all telecommunication network in Zamfara state. In the letter signed by its Deputy Director Kolawole Oluwadare, SERAP described the action as illegal and inconsistent with the principle of necessity and proportionality. Stating same to be egregious and collective punishment of Nigerians resident in the affected states. The letter further directed the immediate reverse of the suspension. It is on this ground and the assertion of SERAP this research aims at X-raying the legality and necessity of the suspension of telecommunication in the affected states by the Federal Government.

The Necessity of the Suspension

It is trite that the right to access and enjoy network and internet are digital rights guaranteed and protected by Section 39 of the Constitution of the Federal Republic of Nigeria 1999 as amended (hereinafter referred to as the constitution). These rights are fundamental by the virtue of their constitutional provision. However, these rights to freedom of expression, including freedom to hold opinions and to receive and impart ideas and information including access to networks, internet and other social media platforms without interference are not absolute.

The Merriam-Webster Dictionary define necessity as the quality or state of being necessary. An urgent need or desire, impossibility of a contrary order or conditions.[1] Necessity is the state or fact of being required. It is something that is indispensable. The synonyms of the word necessity are: prerequisite, essential requirement, fundamental, sine qua non etc.[2] from the forgoing definition of necessity and taking cognizance of the security threats that characterize the affected states, a reasonable man will not hesitate to applaud nor think twice before throwing his weight behind the Federal Government’s directive suspending telecommunication in the affected states. It is an open secret and a reality that stare at us that Zamfara, Katsina and even Kaduna States have become a feasting ground, better put a dining hall for Bandits and other forms of criminality in Nigeria. The questions that now pose for answer are; how do we salvage this menace of bloodletting perpetrated by these criminals? How are state actors dealing with this heinous crime against humanity? Suspending telecommunications in those is indeed a necessity! So far, since the suspension was effected bandits are now taking to their heels. There are reports of them (bandits) calling on the Government to extend an olive branch at them. These positive results are trickling in as a results of the role the suspension of telecom operation is playing. These criminals and terrorist have been shut out of communication and this is aiding military crusade and campaign in those areas. It will be out of sheer ignorance and inhumanity to assume that the suspension will not take a toll on innocent and law abiding citizens in the affected states. Of course it will definitely pose a serious challenge at them as the importance of access to network and internet at this age cannot be a theme of public debate.

The Legality of the Suspension

It has already been established herein that section 39 of the constitution remains the mother of rights to freedom of expression and information. The provision of this section also extends to digital rights which includes: right to access the internet, information via social media, communicate through the use of telephones among others. These rights are also exercisable both online and offline. It is apparent however, that the suspension of telecommunication in Zamfara and Katsina states will in no doubt affects these digital rights of which SERAP is highly concerned about and seeks immediate reversal. It is also clear from the wording of section 45 of the constitution that fundamental rights as enshrined therein are not absolute. For the purpose of clarity, the section is reproduced herein mutatis mutandis. Section 45 (1) (a) and (b) provides: “Nothing in sections 37, 38, 39, 40 and 41 of this constitution shall invalidate any law that is reasonably justifiable in a democratic society-

The above section explains that the provisions of sections 37, 38, 39, 40, and 41of the constitution are restrict-able and derogable by a law justifiable in a democratic society for the aforementioned interest and purpose. It is therefore in line with this postulation that telecom operations was suspended to enable the military to successfully combat the non-state actors (bandits and insurgents) who have become torn in our flesh. This approach adopted by the Government is not in so far from the foregoing argument devoid of constitutional backing or legal basis.

The provision of this Act settles further argument on the legality of the suspension. The section unambiguously justify and vindicates Government’s action by adducing legal backing to it. Also, section 46 (1) of the NCC Act imposes a strict duty for licensee to uphold in the course of carrying on their businesses, operation suspension inclusive.[6] Similarly, section 23 (2) (c) of the Cybercrime Act provides for the: “the freezing, removal, erasure or cancellation of the services of the offender which the offender to either commit the offence or hide or preserve the proceeds of any offence or any property, equipment or device used in the commission of the offence”[7] These Acts as sighted herein empowers the Government to take such proactive measures in containing terrorism, insurgency and various forms of criminality in the Country.

Furthermore, as already established, the fundamental rights as provided in the constitution are not absolute. The Court have in plethora of cases affirmed this position. Per Muhammad JSC in the case of Dokubo-Asari V Federal Republic of Nigeria[8] held that: “where national security  is threatened, or there is the real likelihood of it being threatened, human rights or the individual rights must be suspended until national security can be protected or well taken care of. This is not anything new. The corporate existence of Nigeria as a united, harmonious, indivisible and indissoluble sovereign nation, is certainly greater than any citizen’s liberty. Once the security of this nation is in jeopardy and it survives rather than in peace, the individual right may not even exist’. Similarly, Per George will JCA in the case of Achem V Federal Republic of Nigeria [9]said: “…in such times of resultant threats to public peace, lives and property, it appears, but regrettably so, in my view, that the rights of the individuals takes the back seat in preference for public good” see also the case of Chief of Defence Staff & Anor V Modu Alhaji T. Jah (Makama) (2016) LPELR-CA/OW/171/2016. The activities of bandits and insurgents in the affected states is alarming and must not be handled with kid glove. Desperate situation requires desperate action. Those who denied us sleep should also be deny sleep, those who by their activities denied our children access to school and education should be flush out of the face of the earth pronto no matter the cost! The deteriorated security state in Zamfara and Katsina States which hold the public to ransom necessitated Government’s action. This action is however legal and should be embrace by all irrespective of the resultant effect.

This new security measures put in place by both the Federal and State Government in the affected area is already yielding positive result. It is in public knowledge that the activities of bandits and insurgents in these states is being put to check. They are now being hold accountable for their nefarious activities by the military. Also, the executive Order by Governor Bello Matawalle of Zamfara state imposing curfews in towns and villages, banning sale of petrol in jerry-cans, suspending weekly markets in the state, reducing numbers of passengers on motorbike and tricycle among others is witnessing positive turn around as bandits now beg for food and completely shut out from operational logistics used in perpetrating crimes.

Above all, the constitutionality of Government’s action in implementing these security measures in the affected states is not in doubt, it has been well establish herein and such doubt that may arise cleared. All hands should be on deck in assisting security agencies properly discharge their constitutional duties, so these common enemies of ours could be send to God to account for their sins!

[3] Constitution of the Federal Republic of Nigeria 1999, as amended