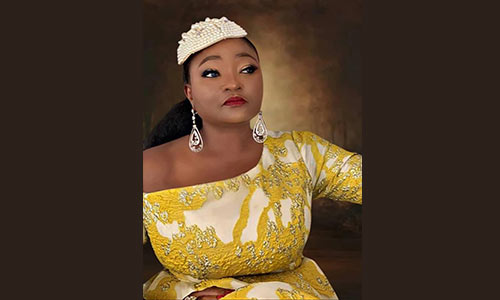 “With gratitude to God for a most remarkable and worthy life, The Ndoma-Egba and Onono families of Cross River and Anambra States respectively, announce the transition to eternal glory of our wife, mother, grandmother, sister, aunty and friend. Mrs. Amaka Lauretta Ndoma-Egba (Nee Onono) died on 19th November, 2020 at the age of 54,” the statement issued on behalf of the family by Professor Rowland Ndoma-Egba reads.

According to the statement, Amaka will be buried on December 12, 2020, after the funeral mass at Our Lady Queen of Peace Parish, Akparabong, Ikom, Cross River State scheduled for 10am.

A Night of Tributes will be held for her on December 6 at Myra Event Centre, Plot 135 Mustapha Bello Street, Guzape, Abuja, beginning from 5pm, while the Requiem Mass will hold on December 9, at the Church of Assumption, Asokoro, Abuja by 4pm.

Amaka passed away after the bus conveying her and four others to Okitipupa, a town in Ondo State from Benin for a programme got involved in a ghastly motor accident. They had flown to Benin from Abuja before embarking on the rest of the trip by road the day the unfortunate auto crash occurred.

Meanwhile, former Chief Justice of Nigeria, CJN, Justice Walter Samuel Nkanu Onnoghen, GCON, on Friday visited Ndoma-Egba who was of the same class with him in the Nigerian Law School (Class of 1978) to console him for the loss of his dear wife Amaka.

Former President Olusegun Obasanjo, erstwhile Vice President Atiku Abubakar, Asiwaju Bola Ahmed Tinubu, Governors Ifeanyi Okowa and Nyesom Wike of Delta and Rivers States respectively and many others have also called the ex-Senate Leader on phone to comfort and commiserate with him over the death of his beloved wife.