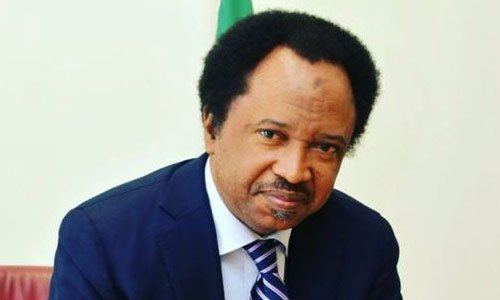 As part of the ongoing probe of Senator Shehu Sani’s alleged extortion of $24,000 from the Chairman of ASD Motors, Alhaji Sani Dauda, the Economic and Financial Crimes Commission (EFCC) on Friday grilled the Managing Director of ASD Motors, Mukhtar Lawal.

The anti-graft agency has also summoned Dauda’s wife to appear before it on Monday, having witnessed the transactions between Sani and the complainant businessman.

There was however pressure on the ASD chief executive to withdraw the petition against the former Senator for an amicable settlement of the case outside the EFCC.

But the businessman on Friday vowed to see the case through because Sani was not forthcoming on what actually transpired between them, on account of which he parted with $24,000.

Sani on his part was adamant, insisting that the only cash that changed hands between him and Dauda was meant to buy a car from ASD Motors.

But Dauda, the chairman of ASD Motors, said it is not in his character to issue an invoice or collect money from any customer as to warrant taking such a huge amount from the Senator.

According to findings made by our correspondent, the EFCC invited the Managing Director of ASD Motors, Mukhtar Lawal, to ascertain whether Senator Sani made an attempt to buy a car from the company.

Lawal was also grilled on the procedures for buying and paying for a vehicle from ASD Motors.

A top source said: “Detectives are probing all angles to this case.

“While the Chairman of ASD Motors, Dauda, maintained before the investigating team that the Senator extorted $24,000 from him, the embattled Shehu Sani said he had a car purchase deal with the businessman.

“The businessman said only the MD of the company does transactions with customers, issues invoice, and he said there are procedures for doing business with ASD Motors.

“Dauda also said Shehu Sani’s claim of offering to buy a car came up after he had extorted $24,000 from him. He described the Senator’s argument as an afterthought.”

Responding to a question, the source added: “On his part, Shehu Sani said he only offered to buy a car from ASD Motors through Dauda. He told investigators that he did not extort any cash from Dauda.”

The source said: “So far, we have quizzed the MD of ASD Motors and taken sufficient evidence from him.

“The EFCC has also invited Mrs. Dauda, who came into the picture of the deal during altercations between the Senator and the businessman.

“Mrs. Dauda will take her turn before our investigating team on Monday.

“We already have the refunded $24,000 as exhibit, but it does not stop us from ascertaining the allegation of extortion, which is punishable in law.”

The source said as at press time that there was pressure on the petitioner and chairman of ASD Motors to withdraw the petition against the Senator.

“There are so many forces begging Sani Dauda to allow amicable settlement of the dispute between him and Senator Sani outside the EFCC. Some are pleading with him to stop being used politically against the senator.

“The businessman is yet to make any commitment on whether or not he will withdraw his complaint,” the source said.

Dauda on Thursday endorsed his petition against Senator Sani on oath and claimed that he lost $24,000 (N8.6 million) in extortion to the lawmaker.

He said he stood by his claims against the Senator with concrete evidence.

He said he parted with N8.6 million ($24,000) following Sani’s pledges to intercede on his behalf with four judges and the Acting Chairman of the Economic and Financial Crimes Commission (EFCC), Mr. Ibrahim Magu, on some cases.