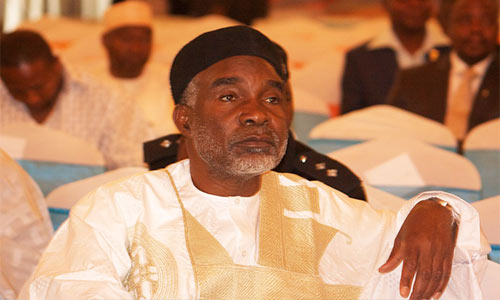 The Abuja division of the Federal High Court has ordered a former Governor of Adamawa state, Admiral Murtala Nyako (rtd), his son, Abdulaziz and others to enter their defence in the alleged N29 billion money laundering charge filed against them by the Economic and Financial Crimes Commission(EFCC).

Justice Okon Abang, who made the order in his ruling on Monday, held the prosecution has established a prima facie case against the defendants to warrant they’re being called upon to enter a defence.

Consequently, the judge dismissed the no-case submission filed by the defendants for lacking in merit.

They had filed a no-case submission after the prosecution finished calling its witnesses, urging the court to dismiss the charges against them on the grounds that the prosecution failed to link them to the alleged crimes.

Nyako and three other defendants in the case, through their lawyer, Chief Kanu Agabi (SAN), stated in the application that “no case has been made out by the prosecution warranting an answer from them.”

Nyako was governor between 2008 and 2014. He is married to another judge of the Federal High Court in Abuja, Justice Binta Nyako.

But the court, in its ruling on Monday, dismissed the no-case submission and urged them to enter their defence.

Justice Abang said having carefully examined the evidence of the 21 witnesses called by the prosecution and exhibits tendered, he could not resist coming to the conclusion that the defendants have some explanations to make in relation to the charge against them.

The judge then adjourned till October 4 for the defendants to open their defence.