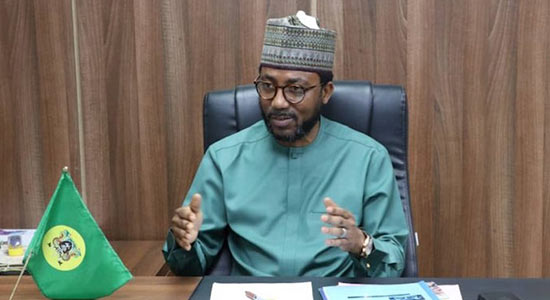 The Northern Youths Coun­cil of Nigeria (NYCN) has de­manded the investigation and sack of the Nigeria Ports Authority (NPA) Acting Managing Direc­tor (MD), Mohammed Bel­lo-Koko, for his alleged role in the reported mis­management of funds at the Federal Government agency.

The group, in a state­ment on Saturday, signed by its president, Com­rade Isah Abubakar, said there was need for a thorough investigated of Bello-Koko over his alleged role in the alle­gations of mismanage­ment of funds and short remittance of generated revenue of the agency which lead to suspension of former MD, Ms Hadiza Bala Usman.

The statement reads, “The then MD couldn’t have been able to dip her hands in the national treasury without the ac­tive connivance of the Executive Director in charge of finance.

“Anything short of in­vestigation of the acting MD will make Nigerians believe that the probe on NPA is aimed at witch hunting Ms Hadiza, while shielding Bello-Koko and that will only make a fool of the anticorruption crusade of the federal government.”

NYCN maintained that the inability of Mr Bello-Koko to eat the humble pie and resign or be sacked by the Federal Government would force the NYCN to commence mass mobilisation of its members and other concerned Civil Society Organisations (CSOs) to ensure that it happens.

“Nigerians can’t con­tinue to live in poverty while corrupt public ser­vants are buying prop­erties they don’t need in other countries,” he said.

Meanwhile, the NYCN leadership commended President Muhammadu Buhari for his unrelent­ing efforts in ensuring that corruption is total­ly eliminated in Nige­ria, including blockage of all revenue leakages in Ministries, Depart­ments and Agencies (MDAs).

“With the presentation of 2022 Appropriation Bill to the National Assembly, the Federal Government needs to beam its search light on major revenue generation MDAs, with special focus on Nigeria Port Authority (NPA) considering the recent indictment of the acting MD by the team behind the Pandora Papers,” the Northern Youths said.