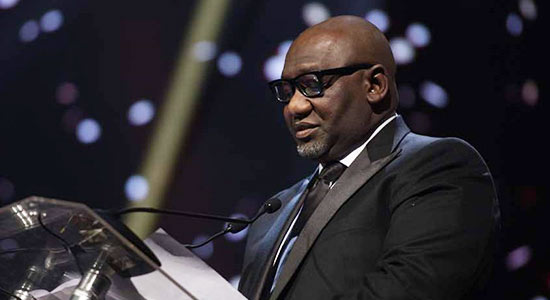 A consortium of lawyers for human rights and justice, civil society organisations and the Council of Ethnic Youth Leaders of Nigeria (CEYLN) yesterday questioned a The Washington Post report on Aiteo Group and its founder, Mr Benedict Peters.

They alleged that the story, written by The Washington Post Staff Writer Peter Whoriskey reeked of a “smear campaign” against the Nigerian oil firm and Mr Benedict Peters.

AITEO is one the country’s fastest growing energy leaders, and they cautioned the US international news giant against allowing itself to be used to encourage unhealthy business rivalry in Nigeria’s oil and gas industry.

In a joint press conference by the different groups, they alleged that the allegations in The Washington Post report against Peters and Aiteo have already been conclusively determined by competent courts or are pending in court.

They noted that Whoriskey, who focuses on investigations of economic and financial issues, has not been found to do any work in or on Nigeria, adding that there are not known published works of his that dwell on Nigeria, her politics, business or culture.

Their statement, signed by Mr Tochukwu Ohazuruike, argued that the purpose of the publication could only be to impugn the integrity of Peters and the company.

It reads in part: “Out of the five questions Mr Whoriskey inquired about, question 1 has been resolved by a competent court of law in Nigeria and the decision widely publicised. A simple internet search would have availed Mr Whoriskey of the judgment of the case and the present state of affairs.

The groups urged media houses not to yield their platforms to people whose objectives were not noble as such would encourage unhealthy business rivalry.

“There is a plethora of questions which The Washington Post rather has to answer and which directly call to question its genuineness in permitting this to happen. It will be damning to the long-held image of The Washington Post that its staff have yielded the platform of the medium to the use for a global smear campaign and unhealthy business rivalry” Ohazuruike added.

In answering the allegations against Mr Peters, the groups claimed that “Mr Peters has stated severally that he has never received any favour by way of facilitation or otherwise from Dieziani Alison-Madueke, and there was therefore nothing to be grateful for. He has severally denounced any such attempt to link the purchase of his property with Dieziani under such premises.

“The furniture found at the UK address of Dieziani Alison-Madueke does not belong to him, and certainly could not have been the same found in his said property at 58 Harley House.”

They insisted further that the answers they provided should discourage future smear campaigns as this is not the first time it was happening saying.

“We hope that with these answers we would have satisfied Mr Whoriskey and got him to alert his sponsors that the plot is dead on arrival and cannot be revived.

“We also say to all such persons who would in the future want to regurgitate these issues that the answers are already available in the public space as there is nothing hidden and there is nothing any media house can unearth again so no need taking any jobs from the sponsors of this smear campaign,” the statement added