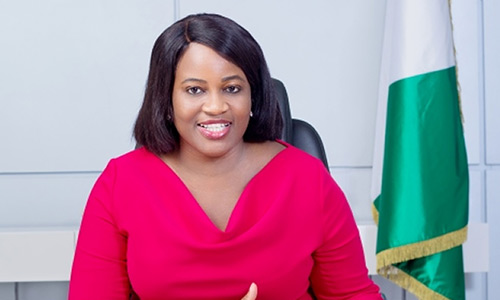 The House of Representatives, holding a public hearing on allegation of abuse, breach and violation of the Public Procurement Act 2007 by the National Pension Commission in its procurement activities covering October 2014 to March 2017, has again asked a former boss of the commission, Chinelo Anohu-Amazu, to appear before it.

Anohu-Amazu was confirmed as the director-general of PenCom in 2014 and removed in 2017.

In a letter to PenCom, the House Committee on Public Procurement listed procurements conducted for the above duration.

The House wrote to the former director-general of PenCom to submit a memorandum/position paper and appear in person at the investigative public hearing on May 14.

Part of the letter read, “In pursuance of the powers conferred on the National Assembly by Sections 88 and 89 of the Constitution of the Federal Republic of Nigeria 1999 (as altered), which entitles the National Assembly to conduct investigations on any matter with respect to which it has power to make laws and to investigate the conduct of any Ministry, Department and Agency in disbursements and administrations of monies appropriated and also based on the Standing Rules, Order XVII, Rule 82, the House of Representatives through its Committee on Public Procurement, is conducting an investigation into alleged breach of the provisions of the Public Procurement Act 2007 by the National Pension Commission (The Commission) from October 2014 to March 2017. “

It added that, “In line with Referral/ Resolution HR. of 28° May, 2019, the House Committee on Public Procurement shall be holding a public hearing in respect of the above investigation and has listed procurements conducted by the National Pension Commission for the above duration with companies listed in the advert for the public hearing.

“In the light of the above, the director-general of the National Pension Commission is hereby invited to submit a Memorandum/Position Paper and appear in person at the Investigative Public Hearing as scheduled below: Date: 14 May 2019.”

When contacted, the Head, Corporate Communications, PenCom, Peter Aghahowa, neither returned calls nor responded to a text message sent to his mobile.