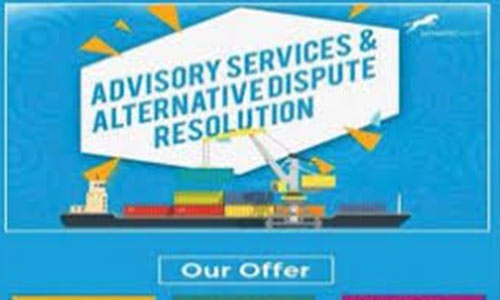 The issues of advertisement, soliciting and impersonation among other things are more than important in the legal profession. This is because they directly deal with the beauty or otherwise, abuse of the legal profession. While Rule 39 of the Rules of Professional Conducts, 2007 deals with improper attraction of business which include advertisement and soliciting, Section 22 of the Legal practitioner’s Act, provides for the offence of impersonation of a legal practitioner.

Recall that on September 3, 2017, an article was published by TheNigerialwyer on Garth Coates Solicitors’ “Journey to Citizenship”, titled: “Does a UK lawyer advertising in a Nigerian newspaper have implications on Nigerian lawyers?” by Ebi Robert, where the UK based lawyer was criticized to have impersonated a legal practitioner in Nigeria. The conclusion in that article was reached after various persons had argued that the act of the UK based lawyer violated the rule on advertisement. In that article it was argued that since the UK based lawyer was not called by the Nigerian Body of Benchers as a barrister and solicitor of the Supreme Court of Nigeria, he was not a lawyer in Nigeria, and as such he cannot be caught under the web of advertisement since that rule can only be violated by a legal practitioner. It was then argued that by advertising on the legal profession which is exclusive as permitted under the exceptions in the RPC, Garth Coates had simply impersonated a legal practitioner. Before this article, the same writer, Ebi Robert had criticized the GLOBAL RANKING OF NIGERIAN LAW FIRMS AND LAWYERS by Chamber and partners, arguing with relevant provision in the RPC as to whether the act was a breach of the RPC. In that article, the writer in conclusion drew the attention of the Legal practitioner’s Disciplinary Committee, the able Body of Benchers, the office of the Attorney General and other disciplinary authorities asking them to give a possible rebuke to ward off the possibility of future occurrence.

It seems however, that the continuous silence of the relevant authorities has resulted to the straw that broke the camel’s back. Currently there is an advertisement by Union Bank Plc under the caption: “Advisory Services and Alternative Dispute Resolution”, where various services was offered viz: Company incorporation, SCUML registration, NAFDAC registration, SON registration, other registrations; Contract drafting, review and negotiation, perfection of titles to land, mediation and arbitration, debt recovery, general problem solving.

Union Bank though a legal person by virtue of S. 37 of the Companies and Allied Matter Act, 1990 and has rights like a human being is not a legal practitioner called to the Nigerian bar by the Nigerian Body of Benchers, therefore advertising to offer some services that only legal practitioners are permitted to do is an act of impersonation and as such a violation of the Legal Practitioner’s Act.

This act is not only undermining the legal profession, it is as well wearing a non-legal practitioner with a raiment fit for a bar man. This is unacceptable and should not be tolerated for any reason whatsoever.

Looking at S. 5 (5) of the RPC which prohibits legal practice as a corporation, it can be reasonably argued that the act of Union Bank making such a colourful advertisement to practice breaches the law.

However it can be technically argued again that the services listed are not strictly legal services since lawyers alone cannot offer them. For instance, the current corporate Law regime permits even non lawyers to register a company. We equally have non lawyers doing ADR.

It has been reported that Union Bank has partnered with its legal partner, by allowing SMEs have a one-stop shop for all legal needs. Does this amount to legal practice under a corporation?

I therefore call on the relevant authorities, especially the NBA to address this issue in order to save the Legal profession from this state of complexity. There is need for this vagueness to be eliminated so that the moon can be seen clearly.