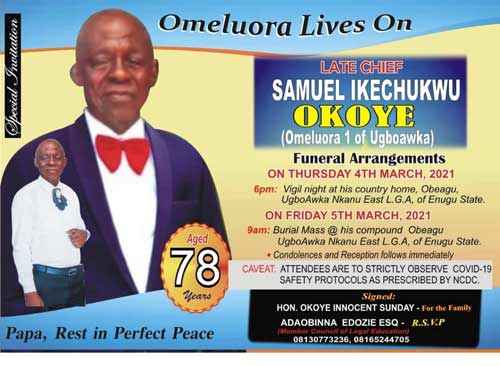 The Late Chief Samuel Ikechukwu Okoye, who died at the age of 78, was a devoted Christian, very liberal and accommodating; and as a philanthropist, he impacted positively on the lives of many and will be remembered for his life of service to God and mankind.

Funeral Arrangements as announced by the family: 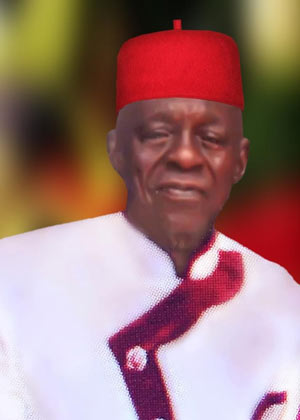