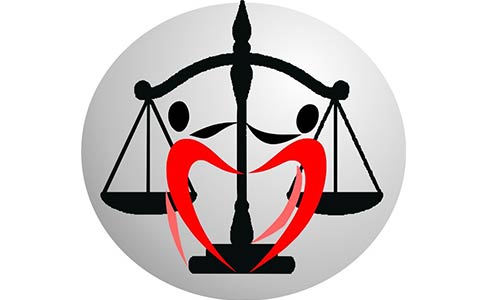 *Describes The Proposal By Aregbesola As “Preposterous”

Access to Justice has unreservedly frowned at the call by the Hon. Minister of the interior, Ogbeni Rauf Aregbesola, to execute prisoners sentenced to death.

TheNigerialawyer reports that Aregbesola, had on Friday, while officially commissioning Osun State Command Headquarters, Correctional Office Complex in Osogbo, urged state Governors to sign the execution orders for inmates on death row, which in the Minister’s opinion, would help resolve the problem of congestion in Correctional centers nationwide.

He also stated that out of 68,747 inmates currently housed in correctional facilities nationwide, 50, 992 of them are awaiting trial, while 17,755 have been convicted and serving sentences.
Access to Justice, in its reaction, described Aregbesola’s statement “Preposterous”.

According to the statement signed by the convener, Joseph Otteh, and the project director, Deji Ajare, A2J denounced the Minister’s Position.

“Access to Justice finds this proposal preposterous; it treats human lives as intrinsically expendable objects or commodities which may be dispensed with in order to achieve a better representation of prison demographics.

“But human life – whether of persons under sentence of death or not – is far too valuable than to be used as a means of reconfiguring the prison population, or reducing it, and it is unfortunate that the Hon. Minister would make this kind of obnoxious call.

“Besides, this, A2Justice fears that if the Minister’s call is heeded, many death row convicts who have pending appeals against their convictions will be at risk at execution even before their appeals are determined following administrative errors.

“This is not a misplaced fear, and there are precedents of such errors leading to unlawful executions.

“Besides this, it is important to note that even from the statistics reported by the Minister, it is clear that the problem of congestion is not as a result of an uptick in the number of sentenced persons, including those on death row.

“The congestion is caused by the disturbing demographic of inmates who are awaiting trial (pre-trial or under-trial inmates), who account for 74% of the total inmate population. What government ought to do is to step up to the plate and address the chronic problem of pre-trial detention in order to manage the incidence of prison congestion, not to request that inmates be executed in order to reduce it.

Many factors account for the high level of prison congestion, but part of them include political persecution and the misuse of criminal justice institutions.

“The arrests and jailing of political and civil rights activists, including those agitating for the restructuring of Nigeria, ENDSARs protesters of police violence, members of religious groups protesting the disrespect of court decisions to release their incarcerated members, or simply those clamouring for better political governance all aggravate the prison congestion problem.

“These are low-hanging fruits and government can, by simply accommodating dissent as part of the democratic process alongside respecting other civil rights, ameliorate the pre-trial population of correctional centres.

Finally, Access to Justice is strongly opposed to the infliction of the death penalty, particularly given the vulnerabilities and frailties of Nigeria’s judicial system. The punishment is both extreme and its sanctions irreversible after it is executed, even when errors are afterward discovered.

“Access to Justice thus calls on the National Assembly to abolish the death penalty in Nigeria.”