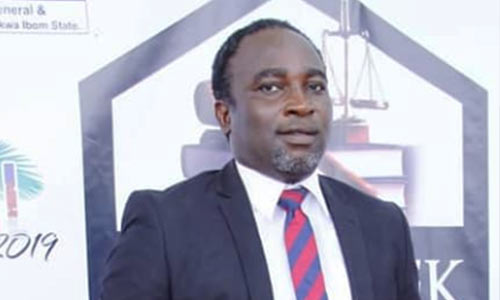 I just signed an online petition calling on the authorities concerned to strip the current Attorney General of the Federation and Minister of Justice, Abubakar Malami,SAN of his title as Senior Advocate of Nigeria (SAN), due to his penchant for perverting the course of justice, impunity, total disregard for the rule of law and deliberate attempt to bring the legal profession to disrepute in Nigeria.

Since his appointment as Attorney General of the Federation, we have witnessed institutional breach of law, total disobedience of court orders,surreptitious enactment of obnoxious legislation and emasculation of the judiciary. At all times, Abubakar Malami has always risen to the defence of these anomies.

Days ago, we woke to read in the social media, what has been aptly described by Femi Falana, SAN as unpatentable impunity by the AGF who obviously has forgotten that his duty is to promote and protect the Rule of Law and the course of justice.

According to social media reports, which have not been denied by the AGF, a Statutory Instrument No. 15 of 2020, signed by Mr. Malami, purports to amend certain provisions of the 2007 Rules of Professional Conduct for Legal Practitioners (RPC).

The amendment, which is single-handedly carried out by Mr. Malami, without the consent, knowledge and input of members of the General Council of the Bar affects Rule 9(2), which deals with default in payment of practicing fees; Rule 10, which relates to stamp and seal for legal practitioners; Rule 11, mandatory continuing professional development; Rule 12, Annual Practising Certificate for legal practitioners; and Rule 13, which deals with the obligation to give notice of the commencement of legal practice to the branch of the Nigerian Bar Association (NBA) responsible for the jurisdiction in which the practice is located.

The Legal Practitioners Act (as amended) confers the power to issue rules of professional conduct for legal practitioners, and any amendments thereto, on the General Council of the Bar, (GCB),which comprises of the Attorney-General of the Federation,the Attorneys-General of the thirty-six states of Nigeria, and twenty members of the NBA. The power to carry out the said duties is not vested solely on the AGF and as such the occupant of that office cannot suo motu exercise the power of amendment as purportedly done by Mr Malami.

As Olumide Akpata, President of the Nigerian Bar Association stated in his Statement on the purported amendment of the RPC, ”the RPC and any amendments thereto may only be validly issued after it has been deliberated upon and approved at a properly convened meeting of the Bar Council.”

J.S. Okutekpa, SAN has risen stoutly in defence of Malami’s action for the reason that a former AGF, Bayo Ojo, SAN single-handedly amended the RPC which is in force today and the NBA nay a good number of lawyers supported the usurpation of the statutory functions of the GCB, because it favoured the NBA.

My position is that even if Bayo Ojo,SAN did so in 2007 without reactions from lawyers in 2007,it does not cloak the act with legality. The learned silk, Okutekpa, SAN by implication admitted that much:”I had said before that the appropriate organ saddled with the duty and responsibility to issue and make the Rules of Professional Conduct in the Legal Profession is the General Council of the Bar pursuant to section 12(4) of the Legal Practitioners Act as amended by law No 21 of 1994”.

In his reaction former General Secretary of NBA, at the time, Chief R.A.Lawal Rabana, SAN is quoted as saying that:”I do not want to join in the chorus of issuing statements for the sake of it . I was the General-Secretary in 2007 when the RPC was drafted and presented to the GCB for approval. There was a full meeting of the council and I did the presentation on behalf of the NBA. I emphasize it was not a unilateral document made by chief Bayo Ojo SAN the AGF at the material time. Ernest Ojukwu SAN who coordinated the draft can bear witness. Since the NBA has issued a statement we all should allow the NBA to address the issue.’:

From the above then the purported amendment of the RPC by Abubakar Malami to my mind is null, void and of no effect. In fact, to borrow the words of Ray Ekpu, a seasoned journalist, the act of the current AGF further exposes Malami’s audacity to do nonsense.

As a lawyer and member of this noble association, it is my strong belief that the purported amendment of the RPC by the AGF is done in bad faith and orchestrated to actualize the ambitions of the promoters of the NNBA. Amending the affected portions of the RPC gives them the leeway to achieve their ambition of balkanizing the NBA and the AGF is aiding them.

The current act against the NBA by the AGF who is the brain behind General Muhammad Buhari’s sacrilegious statement while presenting the Key Note Address at the 2018 AGC in Abuja that; “Rule of law must be subject to the supremacy of the nation’s security and the national interest”; one which places national security and public interest ahead of the rule of law is truly unpardonable.

Under his watch as AGF, Nigeria has been turned into a police state, where judges and other members of the bench are hounded, harassed and bullied, where valid court orders are blatantly disobeyed, voices of opposition suppressed, indiscriminate arrests, harassment and detention of opposition activists, dissenting voices and real or imagined enemies of the government.

While condemning his unconscionable act, I join other men of good conscience in the legal profession to appeal to the The Legal Practitioner’s Privileges Committee to strip Mr Malami of the rank of Senior Advocate of Nigeria (including all related privileges) that Abubakar Malami,SAN presently enjoys, because in words and deeds, he has proven undeserving of such privileges. This impunity is truly unpardonable.

Sammy Etuk is the Publicity Secretary of NBA, Uyo.