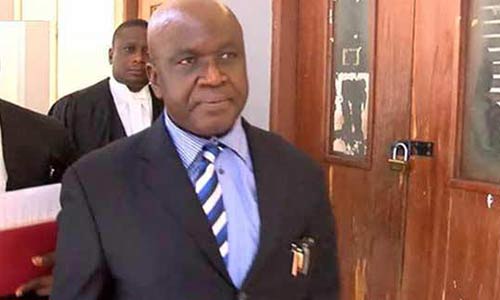 The absence of Rickey Tarfa and his counsel on Friday stalled his trial for the perversion of the course of justice by offering gratification to two judges.

He is facing a 26-count charge of offering monetary gratification to two judges of the Federal High Court, Justices Hyeladzira Nganjiwa and Mohammed Yunusa.

On Friday, counsel to the Economic and Financial Crimes Commission (EFCC), Suleman Mohammed, announced his appearance and informed the court that Mr Tarfa and his counsel were absent. He said that both were notified of the hearing date.

The News Agency of Nigeria (NAN) reports that Tarfa was not able to attend court proceedings all through 2019 due to ill-health.

His counsel, Jelili Owonikoko, had applied to the court for extension of time to allow him to recuperate.

The court, however, advised Mr Owonikoko, after several adjournments, to produce other witnesses to continue with defence to avoid stalling the trial.

Mr Tarfa was arraigned by the EFCC on March 9, 2016 and subsequently re-arraigned on November 16, 2016, on an amended charge.

The EFCC alleged that the payments were to compromise the judges, also accusing Mr Tarfa of age falsification. Mr Tarfa, however, pleads not guilty to the charges.(NAN)