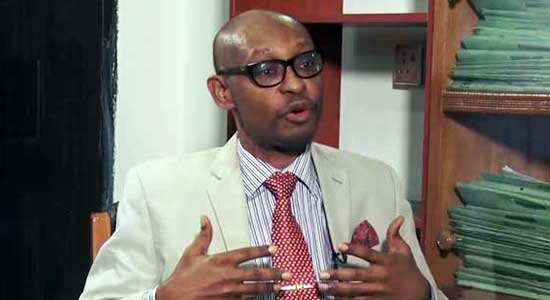 A lawyer and lead director, Centre for Social Justice (CSJ), Eze Onyekpere has rated the 8th National Assembly better than the current 9th Assembly based on their respective performance records, checks and balances and oversight duties.

He reached this conclusion in an interview with Sunday Sun.

According to Onyekpere, the 9th Assembly led by Ahmed Lawan (Senate), and Femi Gbajabiamila (House of Reps) is a rubberstamp legislature that has failed in appropriately checking the excesses of the executive.

He further stressed that most commendable legislations supposedly passed by the 9th Assembly were actually done by the 8th Assembly but for the refusal of the President to accent to them.

He continued, “Now,  can some one tell me what is so special about the rubber stamped Assembly that does not vet any proposal and demands for borrowing which Buhari made desperate effort to succeed during the 8th Assembly,  but they refused but this time they installed a rubber stamped leadership and he has broken loose for borrowing expedition always. As you can see Ahmad Lawan and Gbajabiamila will always hit the Gavel irrespective of any contrary view.”

He also added that the present Assembly is an apology and urged Nigerians to kick them out of office.

“What they do is always brief the press of their proposals and retire to committee meetings and the executive sit down and look at you and nothing happens. So my assessment is that Nigerians should just kick the hell out of anyone occupying parliament that is all. The 9th Assembly is an apology, that is the rating.”

The Legal Practitioner also raised concerns about the integrity of the Electoral process as the 2023 General Elections draw near despite the revolutionary provisions of the 2022 Electoral Act pointing to certain infractions and inconsistencies identified by observers recently.

He said, “Well, we have been a bit excited with the outcome of the passage of the Electoral Act and electronically transmission of results in some of the elections conducted thereafter, but what is coming out from the Aso Villa is a little bit scary. First of all, the president has again nominated card-carrying members of his party, the APC, as Resident Electoral Commissioners, REC, to go and occupy the positions of non-partisans and even when it was pointed out to him, he said that the legislature should do it.”

Simply, what is happening now is making me to rethink that it appears to be hopeless. Because if all these things are true and if you are bringing partisan persons to occupy positions meant for non-partisans, if the voters register has been infiltrated with all manner of names, including that meant for obituary announcement was also uploaded, then what hope? Your guess is as good as mine. These things need to be cleared. INEC needs to come out and it is not for anybody to be hoping.”