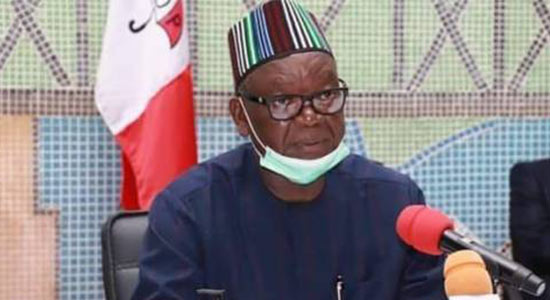 The Benue State Governor, Dr. Samuel Ortom, has stated that national cake-sharing mindset was fuelling the zoning debate, insisting that the geopolitical zone where the next President will come from in 2023 is not what Nigerians are concerned about.

According to him, Nigerians are clamouring for the country to be led by competent hands.

The governor stated this yesterday during a chat with journalists in Makurdi, the state capital.

He maintained that Peoples Democratic Party (PDP) was ready to yield to the demand of Nigerians to be led by the best hands that would turn around the fortunes of the country and improve their living condition.

He said, “I have always said that zoning is good but it is driven by the marginalisation of people and also the level of poverty among the people.

“Some people tend to believe that if you zone a position to their place they may have the opportunity of getting their own share of the cake.

“But beyond that, if you look at America from where we borrowed the presidential system of government, you will recall that they don’t zone. George Bush was President of America, at a point two of his sons were governors and another later became the president of the country.

“So, it doesn’t matter; you look for the best hands and that is what we are getting to. Twenty years after this current experience, some of us are also looking at where we will look for credibility with the objective of trying to get somebody who will lead us at the party level and even at the presidential level.

“I believe that this is the thinking of all Nigerians arising from the recent challenge that we have from the North and South. Governors in the South and governors in the North are giving their divergent views about what should happen next.

“That is the problem, so you don’t clamour for zoning and do micro-zoning and go to look for anyone who doesn’t have much value to add to the development of the country.

“But I think that nobody is against what my committee did; we all accepted it and we are working towards it and by the grace of God PDP is good to go, because we are confident and we know that the entire country is waiting for the PDP to provide leadership.

“Yes we made some mistakes in the past until 2015, but now PDP has apologised and we are willing to move forward from there and by the grace of God we shall come out stronger, better and victorious.”