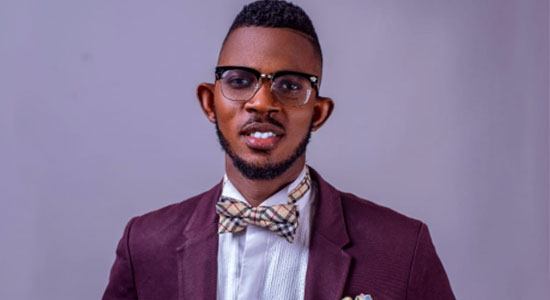 From the amalgamation of the predominantly Muslim Northern protectorate with the largely Christian South in 1914, Nigeria has existed as a fragile and highly inflammable furnace at risk of destructive implosion at the ignition of the embers of religion and ethnicity which an overwhelming number of her citizens, including her elite and perceived enlightened, by their words and conduct devote primary allegiance to.

Through decades of our national existence, the glue which holds us as a nation has continuously lost its efficacy due to its adulteration and erosion by years of bad governance, astigmatic leadership, ethnocentric national policies and leadership styles, corruption, the ascension and elevation of religious bigots with the amplification of their divisive dogma in our social strata and not forgetting, the civil war and the cold seed of distrust which the aftermath of the war cultivated amongst different ethnic groups in the country. As a result of the visible fragmentation of this nation basically on ethnic and religious lines, those who hold positions of trust, and care about the continued existence of the nation are frequently indulged to be careful in utterances and conducts so as not to set sail to an already laden vessel of total national disintegration.

It is so as to promote inclusiveness and entomb the walls which polarise us that the Constitution and other statutes provided for the principle of federal character to promote unity and a sense of belonging amongst all Nigerians. However, the provisions which underlie this principle as sublime as they are, are not self-executing i.e they require the will of political, religious and traditional leaders to activate. Herein lies the bane of unity and progress in Nigeria – the manifest divisive and nepotistic dispositions of persons who ought to be unifiers of a largely polarised entity.

As a structurally centralized nation where those entrusted with power hold the purse and gun, or like Harold Laswell famously rendered; determine who gets what, when and how, it is no surprise that whenever the election bells are gonged the entire nation is quickened by the battalions unleashed by various political and interest blocs to wrestle and secure their interests for the next four to eight years. From observation, these battalions are mostly led by media warriors and religious chauvinists who peddle propaganda, place the spotlight on lines of acrimony and proceed to incinerate anything which bears the potential of allowing the electorate make objective and unsentimental choices at the poll.

As the country waltzes towards another election cycle, these brigandage have again started creeping out of their holes, unleashing venom in the polity, and sneaking back to the shells of their not-so-anonymous sponsors. Today, we see a lot of them using the various platforms they possess – Twitter, facebook, pulpits, mosques, press media and even traditional stools to propagandize their poisonous ideologies. We shall address all of them in subsequent write-ups, but this writer, like many Nigerians is more perturbed and worried by recent inflammatory comments from the Muslim Rights Concern (MURIC), unnecessarily and malevolently stoking the embers of inter-faith hatred and inter-region polarity.

In an ethnically and ideologically diverse and highly religious conscious state like Nigeria, it is by default incumbent on those who hold some form of authority to always take steps and make comments sensitive and accommodating of our glaring pluralities. Sadly, MURIC through its various arms has more times than not taken the opposite route, releasing press statements and comments which accentuate our lines of division and seek to fuel an alarming level of religious consciousness and intolerance in the country which if not quelled may portend great danger as we proceed to another election year. Giving the already worrying security situation across the country, every attempt to subtly pitch one region against another or religion against the other should be resisted and immediately quelled as the country’s volatile security outlook could quickly escalate into an unforgiving tremor that will leave incurable scars and mutilations on every Nigerian irrespective of professed religion or tribe.

Overlooking previous comments from MURIC, one finds it particularly devious that on the 12th of April, 2022, MURIC as an organization cloaked in the cassock of a religious body threw caution and religious piety to the wind, and exuberantly delved into murky political waters by openly opposing the Presidential ambition of the Vice President of the Federal Republic of Nigeria, Prof. Yemi Osinbajo describing it as an act of “backstabbing”. The deviousness of the organization’s stance is further displayed by the fact that it opposes the VP’s ambition, which is within his constitutional right as an eligible citizen of Nigeria, and political right as an incumbent Vice President, on sheer parochial religious and ethnic grounds rather than objective and issue-based parameters. This is frontally embarrassing in the 21st century for a 23-year old democracy which has successfully conducted six elections and experienced a peaceful transfer of power from a ruling to opposition party, an unusual phenomenon in democratic states.

According to the statement from MURIC’s director, Prof Ishaq Akintola, the declaration was purely evangelical and in consonance with the directive of the Redeemed Christian Church of God. By the nature of this comment, MURIC, without provocation attacked the Christian community as it titled the statement ‘Osinbajo’s declaration is RCCGisation of the polity’, unashamedly dragging the Redeemed Christian Church of God into a needless confrontation, and re-echoing the religious diversity of Nigeria into the eardrums of its followers, raising the bar of intolerance, suspicion and antagonism at a time when unity ought to be the thrust of our socio-political and religious conversations.

MURIC in its inciteful venomous haemorrhage also claimed that the declaration is ‘unethical’. This is where it takes an interesting twist, as one is left inquisitive on whether the Learned Professor who fronts himself as the talisman of the group has been overwhelmed in religiosity or prepossessed by constant scheming on how to raise the already sky-reaching bar of religious and ethnic division in the country that he loses awareness of the elementariness of the right to vote and be voted for in Nigeria’s constitution. Assuming without admitting that the VP’s declaration is unethical as MURIC has rubbed on the faces of Nigerians, are they unaware that the constitution trumps over every skewed metric of ethics placed by a group whose chief agenda as can be deduced from its actions is the irreconcilable balkanization of Nigeria on religious grounds?

Let us take the conversation further, MURIC in its reaction also announced its unwavering preference for a Yoruba Muslim to be the President of the Federal Republic of Nigeria in 2023. This singular preference blemishes the leftover sincerity underneath the comment. Going back to the conversation on ethics initiated by the same group, its preference is not only unethical, it is highly insensitive, selfish, parochial, primitive and retrogressive, for two reasons:

First, no one who genuinely claims to be interested in ethics would support the retention of power by a Muslim after eight years of Muslim rule in the country. What is ethical in a situation like this can be clued from Obasanjo’s action in 2007, who after eight years of Southern Christian rule, supported the transfer of power to a Northern Christian. Now that we are heading to the tail end of an eight-year Northern Muslim rule, what is expediently ethical is that those who care about fairness, equity and justice throw their weight in support of a return of power to a Southern Christian, who the Vice President himself is. In view of this, the pillar of ‘ethics’ on which MURIC predicated its opposition to the VP’s ambition sinks having failed to survive the quake of a simple review of the power sharing dynamics in Nigeria since 1999.

Secondly, the reasons adjudged by MURIC for its endorsement of a Yoruba Muslim as its Presidential material oozes self-destructive selfishness and egocentrism. Quoting the statement, the group said; “We anchored our cassus belli for this preference on the persecution of Yoruba Muslims by their Christian neighbours and we rationalised that we need a Yoruba Muslim as president of Nigeria in order to liberate Yoruba Muslims from decades of marginalisation, impoverishment, oppression, persecution, tyranny and injustice. This is a struggle we cannot abandon at this crucial stage.”

One common guile employed by different groups in foisting their interest in Nigeria’s politics is pretending to be concerned about the general welfare and progress of the citizenry. However, MURIC does not care about the nobility of pursuing an ambition for the benefit of the generality of Nigerians of whom close to 40%, both Muslims and Christians are unemployed, and about 45%, Christians and Muslims alike romance acute poverty, but has visualized a President who will nationalise its religious and micro-ethnic interest.

Another noteworthy point that can be plucked out for dissection from the comment, is the call for spread and inclusivity. MURIC cited that all past Nigerian Presidents of Yoruba extraction have come from Ogun state, and thus, it is not right for the Vice President who is also from Ogun to aspire for the office. Again, like the other points raised by MURIC, this ground is ridiculous and lends the group for mockery. MURIC has no moral basis to demand for inclusivity and equitable distribution of power. If MURIC is truly cares about equitable distribution of power, then in the first place, its preferred agenda would never be the emergence of a Muslim President to take over from an incumbent Muslim President. Also, if MURIC hallows inclusion and equity in power distribution, it would never lend its support to any agenda that will see to the emergence of a President of Yoruba extraction having held sway from 1999-2007 and at different intervals during the military era. Instead, MURIC would have scalded its fur of religious bigotry to support a President from the largely Christian South-East which has never enjoyed the glam and power of the number one seat.

Having properly diagnosed and dissected MURIC’s objection, it is clear that the group is only bent on misleading the general public by besmirching the image and integrity the Vice President solely because of his Christian faith and nothing more.

Members of the public are therefore indulged to disregard such baseless and malevolent comments which are have no tangent of objectivity and nobility as our democracy has since outgrown the era when the electorates are beguiled by religious and ethnic propaganda proliferated by self-serving religious battalions and ethnic warlords.

MURIC is advised to take a nobler stance by contributing to our national politics from a dispassionate point of view by taking off the specks of religion from its eyes as only then will it be taken seriously by Nigerians who can no longer be blackmailed by cheap propaganda as that currently peddled by the group.

Kelechi Prosper Nwodo is a political writer, analyst and lawyer-in-training.