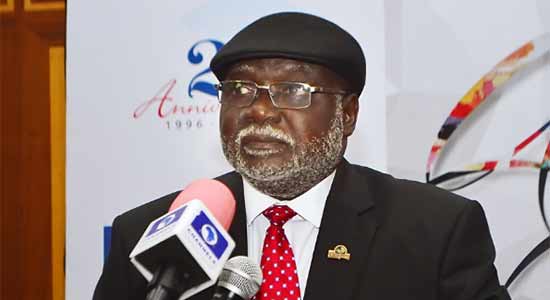 The acting Chief Justice of Nigeria, Hon. Justice Olukayode Ariwoola has reassured political watchers that the Judiciary will live out its role and responsibility in providing a balance between electoral players in the upcoming 2023 general elections.

The CJN assurance is contained in an opening speech delivered at the ongoing NBA-SPIDEL conference holding in Abuja from August 3 to 5, 2022.

The Honorable Ariwoola noted that over time, political actors have continuously played within the exclusive terrain of the Judiciary on issues of politics, thereby whittling the sanctity, and authority of the courts; accusing both the executive and legislative arms of government of deliberately undermining the independence of the judiciary.

“Without equivocation, the past and present political regimes in Nigeria have not ceased to intervene and interfere in the premises of the Judiciary and have almost diluted its supposed sanctity, whittled down its powers and authority, and tampered with its independence and autonomy through various ways and means. We are stared in the face with the current reality that there are myriad of ways cunningly devised and sinisterly employed by the Executives and/or the Legislature and others to undermine the authority and independence of the judiciary in Nigeria” Justice Awiroola noted.

Others include the “appointment of ideological or political backers as judicial officers, as well as, flouting or frustration with court orders by the Police or other law enforcement agencies” which also undermine the authority and powers of the Judiciary.

The jurist however expressed optimism that the suggestions and deliberations that would be birthed at the conference would be “far-reaching in giving the judiciary its full authority and powers to discharge its judicial and constitutional mandate without interference.” Insisting that the judiciary remains committed and ready to support any drive towards “ensuring that the Nigerian Judiciary is up and doing to the benefits of all.”

Represented at the event by the Hon. Justice Uwani Musa Abba Aji, JSC, the CJN stressed the independence and co-equal nature of the Judiciary with all other arms of government “though separated, but fitly fused and joined together to bring out the best in any government or democracy;” hence to ignore any arm of government is to “spell doom and anarchy for that government, even to the detriment of the underminers.”

The 2022 Annual SPIDEL Conference of the NBA has as its theme: “The Undermining of Judicial Authority in a Democracy”.