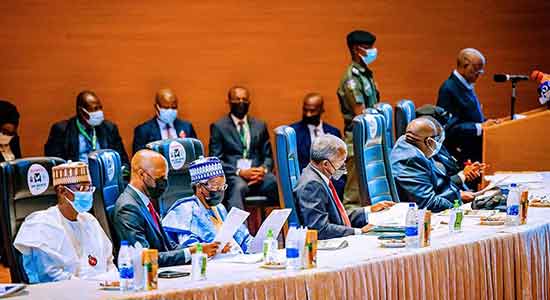 The Chief Justice of Nigeria, Tanko Muhammad, has stated the good performance of the Judiciary has prevented the current democratic status of the country from collapsing.

Muhammad disclosed this on Monday during 2021 All Nigeria Judges’ Conference in Abuja, expressing that it is essential for judges to be incorruptible and dispense justice without fear or favour and in line with the knowledge and understanding of the law.

The CJN further urged the judges to rise and restore public confidence by maintaining an incorruptible judiciary.

According to him, Nigerian judges should stop giving unnecessary ex-parte orders as this projects the judiciary in a bad light.

Chief Justice of Nigeria, Justice Tanko Muhammad, has categorically stated that Nigeria’s democracy would have been truncated if not for the timely intervention of the judiciary.

“I make bold to state further that, but for the timely intervention of the Nigerian Judiciary, our present democratic status would have probably collapsed and fallen like a pack of ill-arranged cards” the CJN stated.

In view of the constitutional role of the judiciary in nation-building, Justice Muhammad, however, admonished judicial officers to redouble their efforts to surmount the enormous challenges ahead.

“Greater effort is required on our part to demonstrate our sincerity of purpose to the public who are our primary constituents and assessors. It is, therefore, our collective responsibility to ensure a continuous independent, strong and respectable judiciary for the impartial administration of justice.”

“All judicial officers must actively participate in establishing, maintaining, enforcing and observing high standard of conduct so that the integrity and respect for the independence of the judiciary is sustained” the CJN said.

He posited that the theme of the Conference: “Promoting Judicial Excellence in the Administration of Justice” adequately addresses the aspiration of all stakeholders in the administration of justice and high standards of adjudication which Nigerians expect.

The judiciary he said, has performed creditably well, having exhibited considerable patriotism to the Nigerian State.

“We must rise to the challenge and restore public confidence in our judicial system by desisting from giving incessant ex-parte orders that have portrayed the judiciary in bad light. “We have taken steps at the National Judicial Council to address the issue of granting incessant ex-parte applications and will continue to ensure that judicial officers carry out their duties in line with the Code of Conduct for judicial officers.

Without appearing to contradict himself, the CJN yielded to the fact that “it may be difficult for the judiciary to be impartial and objective in a democracy where it remains financially tied to the Executive”.

“It is trite that the foundation of impartiality is independence” stressing that the issue of judiciary funding has continued to pose serious challenge to the institution.

While thanking President Buhari for obeying the Constitution in relation to the funding of Federal Judiciaries, however, “I hereby report on a sad note that very few states have implemented the Agreement entered into in June “.

“While the Constitution specifically mandates that all monies due to the judiciary should be given to the Heads of Courts, such provisions are complied with more in breach than obedience.

“Majority of the Heads of Courts still go caps in hands to the Governors to beg for what is constitutionally due to them, he stated.

He therefore urged the State governors to emulate the Federal Government by ensuring that Section 121 (3) of the 1999 Constitution (as amended) is fully adhered to and implemented.