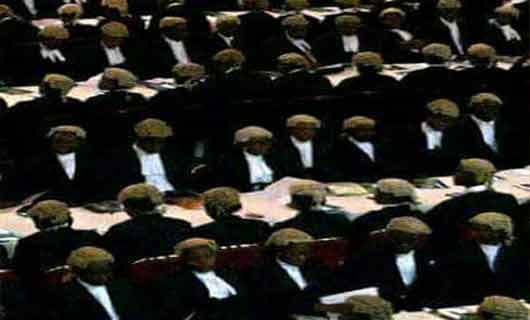 The regular Class of 2018/2019 Oyo State Law Students have described the recent disbursement of bursary for law students of Oyo descent by the Seyi Makinde-led administration as misleading for want of adequate representation, justice and equity. This claim was made by the President of the indigenous student body, Kolapo Sodiq Abidemi, in an interview with one of our correspondents.

According to Kolapo, his colleagues across the six campuses did not get a dime from the largesse as a result of misinformation given to the governor by the representative of the beneficiary set who claimed his set had already graduated from the law school.

Sodiq regarded the information as untrue stating that their results are yet to be released and that they are yet to be called to the Nigerian Bar. He also stated that the official list containing the names of the Oyo students of both sets he and his team obtained from the Law School, was frustrated by officials of the state government.

“I am the president of the NLS Oyo state indigenes. We set out to collect bursary from the state. The state was ready to pay us. Then we had an issue, they requested we got our names of those who chose Oyo as the State of origin from Law school. Law school was in the process of sending the names when we heard the Governor had approved 500k bursary to Oyo state indigenes in law school. Law school sent the names to us and we gave it to them but they requested law school sent it directly to them.”

“This came before the approval of the bursary

Then we realized the Governor approved the bursary to backlog students, being misguided by a misrepresentation of the backlog’s chairman that our set had graduated. We informed the Governor that we have not graduated. We reached him through all the avenues we had. He reached out to us that he’s going to do something to it. Something like collation of names of both sets.”

“To our utter dismay, the Governor refused to go on with the collation. We requested law school to send a comprehensive list of both sets’ names and they did. He apologized subsequently on a radio programme. And he had paid those guys yesterday. But we’re offended because, one, our right was infringed upon, paying backlog’s students at the expense of regular students.”

“Only God knows the number of calls I have received from friends to share my 500k with them, how do I explain to them?”

“We later realized he paid those guys based on political affiliation and the saddened thing is, because the names of the beneficiaries were not gotten from law school, some beneficiaries are not indigenes. We want to make all these facts known to the public”.

Representative of the Beneficiaries Reacts:

The representative of the 2019/2020 backlog set, Mr. Olaniyi Adisa Ogunlade, has dismissed the allegation leveled against him by the regular set as untrue while giving his own side of the story.

According to him, the secret behind the bursary payment to his group was a forum he created on WhatsApp called, Forum of Oyo State Indigenes at the Nigerian Law School, consisting of members from only three campuses—Yenagoa, Yola and Abuja—with the objective of securing bursary payment from the state government.

“Actually, that’s not true. When I got admitted into the Nigerian Law School in April, I was at the Yenagoa campus, and immediately, I established a forum called Forum of Oyo State Indigenes at the Nigerian Law School, that was the forum I established via WhatsApp. I tried as much as possible to send a link to the three campuses that were used for the backlog set—Yenagoa, Abuja and Yola—because the 2019/2020 is a backlog set and my members were joining.”

“It was a voluntary association and one of the mandates, the vision for that forum is, let’s try as much as possible to see how we can appeal to the state government to pay us bursary allowance. So, we’ve been on it when we were on campus. We’ve been talking, romancing, dialoguing, having normal interaction among ourselves. So, at the end of the day on that forum platform, I requested for members to be submitting their names, local government of origin, University they graduated from, and their campuses, which they were all doing on that platform.”

“I took out time personally to collate all the lists. I did everything on my own. So, when we came to Ibadan for externship, we wrote a letter requesting for a courtesy visit to His Excellency. The reason was to congratulate him on his emergence as the Executive Governor of Oyo State. God gave it to us, we were able to push that letter, and got an audience with His Excellency.”

“I led the 7-man delegation, spoke on behalf of my forum and presented a gift to him. I then pleaded on behalf of members of my forum for bursary and right there and then, His Excellency requested for the list of my members and I gave it to him because I already prepared it. It contained 120 names of my members. On that spot, His Excellency approved the sum of #500,000 each to us. That was how the news went viral.”

Adisa however admitted that not all backlog students benefited from the bursary, a fall out of their failure to send their details as at the time of collating the lists. He also claimed ignorance of the existence of the regular set during the planning and execution stages, saying he simply acted for members of his forum only.

The Position of the State Government

It could be recalled that the governor of Oyo State, Oluseyi Abiodun Makinde, had announced on August 6, 2019 via his Twitter handle that the state had approved the sum of sixty million for Oyo State Indigenes at the Nigerian Law School.

In a live broadcast marking his 100th day in office, Seyi Makinde identified the payment of bursary to its Indigenes at the Nigerian Law School as one of his achievements.

“…provision of the law school students’ bursary to the unprecedented amount of #500,000. The bursary payment had been suspended since 2012…”

When asked by a journalist why members of the regular set during the press briefing, Mr Governor expressly stated that he was informed that they had graduated and apologised for their loss. He however promised to place them on scholarship and making adequate preparation for the two sets that will be admitted to the Law School in 2020.