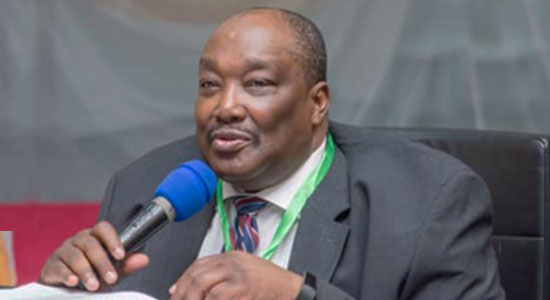 -Daudu SAN Opines That The Limit Is Directed At The Recipients and Not The Contributors, Says LP Has Done Nothing Wrong
-“No Problem If Diaspora Committee Exists In Labour Party Constitution” — Dayo Akinlaja, SAN
-“All Nigerians Are Stakeholders In The Country” — Ahmed Raji, SAN
-Ozekhome SAN Urges The Party To Limit Individual Donation
-It Is Illegal And Risky — Dr. Ekpenyong

Some leading lawyers expressed concerns about the legality of the decision of the presidential candidate of LP to inaugurate the Diaspora Committee to raise $150 million from Nigerians in the diaspora and N100 billion from his supporters in Nigeria.

In separate interviews with THISDAY, some Senior Advocates of Nigeria (SANs) argued that the law prohibited LP from retaining any contributions made for its election expenses from the diaspora.

Sections 224-225 of the Constitution of the Federal Republic of Nigeria, 1999, and Sections 85-88 of the Electoral Act, 2022, stipulate how much a political party can spend on presidential campaigns and where it can source funds.

While Section 225(4) of the constitution requires that funds or other assets be remitted or sent to a political party from outside Nigeria shall be paid over or transferred to the Independent National Electoral Commission (INEC) within 21 days, Section 88(2) of the Electoral Act limits spending by a presidential candidate to N5 billion.

Ahead of the 2023 general election, National Chairman of LP, Mr. Julius Abure, had constituted an 11-man Diaspora Committee at the national headquarters of the party in Abuja to organise fund-raising activities, among others, for the party’s presidential campaign.

Section 225 of the 1999 Constitution prohibits all political parties and their candidates from holding or possessing funds or other assets outside Nigeria or being entitled to retain funds or assets remitted or sent to it from outside Nigeria.

Section 225(2) stipulates that every political party “shall submit to the Independent National Electoral Commission (INEC) a detailed annual statement and analysis of its sources of funds and other assets together with a similar statement of its expenditure in such form as the commission may require.”

Section 85(1) of the Electoral Act states that any political party that holds or possesses, “Any fund outside Nigeria in contravention of Section 225 (3) (a) of the constitution, commits an offence and shall on conviction forfeit the funds or assets purchased with such funds to the commission and in addition may be liable to a fine of at least N5,000,000.”

The section further stipulates that any political party that retains any fund or other asset “remitted to it from outside Nigeria in contravention of section 225 (3) (a) of the constitution commits an offence and shall on conviction forfeit the funds or assets to the commission and in addition, may be liable to a fine of at least N5, 000,000.”

Reacting to LP’s plan to raise campaign funds from Nigerians living abroad, a human rights lawyer, Dr. Mike Ozekhome, argued that no political party shall be entitled to retain or keep funds sent to it from abroad, but shall, instead, transfer such funds to the INEC within 21 days of receiving such money.

He explained that the political party “is also obligated under this section to afford the INEC such information on the sources of the funds, their legitimacy, the individual or group donors, and how much was contributed by each individual or entity.

“This therefore will permit the commission to pierce the veil of the diasporans’ crowdfunding to determine those actually behind the funds, and determine their legitimacy, or if they contravene the Money Laundering Act and other anti-corruption laws. Be very sure that the EFCC and ICPC will come snooping around.”

Ozekhome, however, noted that all hope “is not lost, as the election expenses to be incurred by a political party for the management or the conduct of an election shall be determined by the commission in consultation with the political parties.

“This means that even when such diaspora funds are paid over to the INEC, the political party can engage it as to its peculiar electoral needs and why it may require the entire funds remitted to it from abroad.”

According to him, the penalty for violating this section, especially Subsection (3) thereof, which requires a political party to submit to INEC its audited returns within six months after an election, is a fine of N1million, and where the return is inaccurate, a court may impose a fine of N200,000 per day until the right thing is done.

Ozekhome suggested that one of the ways the would-be donors could scale the hurdle “is by paying the money directly to the candidate himself, rather than the political party. But, can they do this?”

In contributing money, Ozekhome urged diasporans to ensure that no individual or other entity shall donate to a candidate more than N50 million, as contravention would attract a fine of N500,000 upon conviction or imprisonment to a term of nine months or both.

Speaking to THISDAY on the issue, former President of the Nigerian Bar Association (NBA), Chief Joseph Daudu, did not foresee much constitutional logjam on the issue.

Daudu observed that the only law that affects any donor or contributor “is the one that limits the amounts a candidate can raise for an election in this case, Office of the President.”

Daudu noted that the provision that limits spending on electioneering “is directed at the recipients of the financial support and not on the contributors.”

Rather than debating whether a political party could raise funds through foreign contributors, Daudu noted that the emphasis should be on conducting a free, fair and credible election and not on who contributed what.

Also speaking, another senior lawyer, Mr. Dayo Akinlaja (SAN), said Section 225(3) of the 1999 Constitution (as amended) is explicit and unambiguous in providing that no political party shall be entitled to retain any funds or assets remitted or sent to it outside Nigeria.

Akinlaja submitted that given a literal interpretation of the constitution and the Electoral Act, the LP would not be able to retain any funds sent from abroad by the diaspora committee. He explained that the import of this was, “Except it can be shown that the constitution of the LP recognises or makes provision for the Diaspora Committee as an organ of the party, in which case it would be open to contend that the Diaspora Committee as an organ of the party is synonymous with the LP, it would still not be constitutionally permissible for funds to be sent by the committee as a collective, which would make it to be an association.”

On his part, Mr. Ahmed Raji (SAN), told THISDAY that all Nigerians, irrespective of their locations, “have a stake in the Nigerian project.”

Raji argued that, irrespective of the apparent ban on funding from outside Nigeria, these Nigerians could find a way of funding campaigns for their desired candidates in the 2023 general election.

He stated, “All Nigerians, regardless of their location, have a stake in how the country is run. However, all Nigerians are enjoined to study the relevant laws and guidelines so that they don’t run foul of the extant laws.

“Nigerians in the diaspora should seek legal advice on the best way to go about the funds from abroad. I believe there are windows within the legal regime. Let them approach the correct legal clinic for appropriate guidance.”

However, former Chairman, Special Presidential Investigation Panel for Recovery of Public Property, Mr. Okoi Obono-Obla, expressed grave concern about LP’s diaspora funding scheme. He observed that the inauguration of such a diaspora committee “to raise funds from Nigerians living abroad to prosecute its presidential campaign is illegal.”

Citing Section 85 of the Electoral Act, Obono-Obla noted that the electoral law prohibited political parties from raising funds from abroad to use to finance their electioneering campaigns or elections.

Reinforcing Obono-Obla’s position, another lawyer, Dr. Daniel Ekpenyong, said the inauguration of diaspora committee, “is illegal, risky and contravenes the extant provisions enshrined in the 1999 Constitution and the Electoral Act, 2022.”