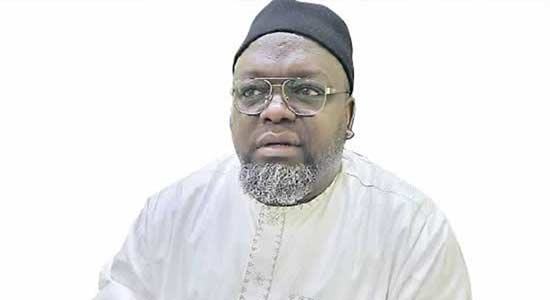 The federal government’s lack of commitment is responsible for the continued detention of victims of the Abuja-Kaduna train kidnap, the ex-negotiator, Tukur Mamu, said yesterday.

Mamu, who spoke during a live interview on Arise Television, also blamed the lack of support, commitment from the government for his withdrawal as the lead negotiator about two weeks ago.

According to him, if the government was committed to the cause, it would have taken barely two or three days for all the victims kidnapped in March to be released.

The publisher who played a key role in the release of the first 11 victims denied knowledge that ransom was paid to the terrorists, adding that they (government) adopted a “give and take” approach.

Mamu said there was no military solution to rescuing the victims.

“Government needs to do so much, I believe if they understand the reality, it is something that can be contained with government’s support,” he said.

“The outcome is not yielding positive result from the side of the government. If you can remember, I was involved actively in negotiation of the first 11 victims, that time there was so much cooperation from the government and it took us less than six days to negotiate and then release these first 11.

“After the release of the first 11, maybe the inability to understand how to go about the crisis and heed to advise, I think, caused the delay in getting to the root of the matter. No matter how you look at this situation, you have to understand that the lives of innocent people are involved and we are dealing with people who do not value the sanctity of human life…

“You will agree with me that if this situation has any military solution, it would have been resolved in the past four months.

“No matter how you try to put in your best, at the end of the day you will just get frustrated and that informs my reason to withdraw because my participation is voluntary. It is the passengers, maybe based on what they saw that we have demonstrated over the few months with Sheik Gumi to seek solution to these banditry, kidnapping…

“They suggested that I should be helpful in getting this and I took that decision to accept it on the human angle since they have that confidence and if you talk to them, at least, they make some positions as to what they should do…

“There is nothing that cannot be done within this long period of over four months as a government. I have announced my withdrawal from engaging with these troops because I have my reasons, when you’re doing something as an army of one, even if you will succeed it will be very little.

“A situation where there is no support from the government, no appreciation, a situation whereby you are also being threatened in one way or the other, I think the best way in a corrupt system like Nigeria, it will be very dangerous for me to continue this.”

On how they were able to secure the release of the first 11, he said: “We achieved that through dialogue, through negotiation and through the spirit of give and take.”

Asked to clarify what he meant by “give and thank”, Mamu directed the interviewers to the government and military, adding that “they know exactly what happened and how we succeeded in freeing those first 11 hostages.

“Already, you know, I am under serious pressure from most of them because they think that the little we are doing, shows the incapacity of the military, which is not so.

“We are not criticising the military. We are only advising them that this is the right step to take, especially in this very difficult and unpredictable situation.”