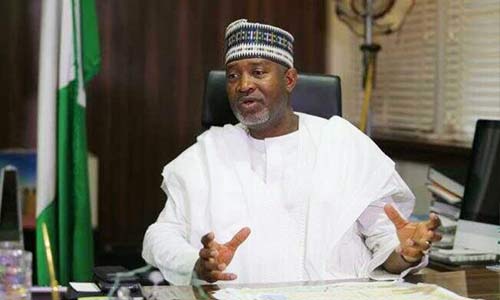 The Federal Government said on Thursday that it had mobilised PW as contractor handling the reconstruction and rehabilitation of the runway and other facilities at the Akanu Ibiam International Airport, Enugu, to site.

Enugu airport was closed by the Federal Airports Authority of Nigeria on August 24 for the repair of the runway and other renovation following concerns raised on the safety of lives and property.

Addressing newsmen after a meeting with Governor Ifeanyi Ugwuanyi of Enugu State at the Government House, Minister of Aviation, Senator Hadi Sirika, stated this.

He said the visit was also to see the level of preparation for the work and review the programme to ensure that the contractor delivered the runway within the time agreed.

Meanwhile, an Azman Air flight from Lagos to Abuja was on Thursday aborted by the pilot after an alleged fire incident in the cabin of the aircraft.

One of the passengers in an online post reported that the fire started after a female passenger attempted to burn incense in the toilet.

The incident which was said to have occurred shortly after take-off, forced the pilot to return to the Murtala Muhammed Airport, Lagos, where the female passenger was arrested.

Although the airline did not comment on the incident, the Director of Consumer Protection, Nigerian Civil Aviation Authority, Adamu Abdullahi, gave a hint in a statement.

He said, “Passengers on the Azman flight ZQ 2323 flight were asked to disembark from the aircraft after the captain noticed a snag on the aircraft with registration number 5N-HAI.”

According to him, the aircraft was later cleared by the NCAA and the flight departed at 1:42pm.