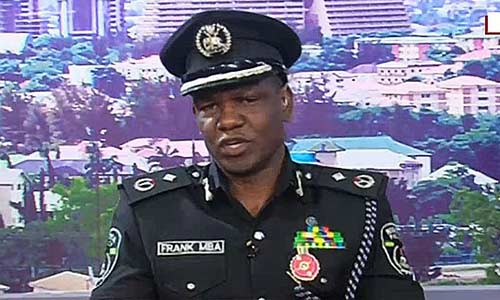 The Nigeria Police Force Public Relations Officer, FPRO DCP Frank MBA has charged parents to wake up to their responsibilities by ensuring good moral upbringing of their children and wards , if the nation would attain its lost glory.

He gave the charge while speaking at the 2019 Peace Leadership Conference and Award organized by the Institute of Peace Leadership, an affiliate of NISSI Foundation for Skills Acquisition and Reorientation, at the Police Officers Mess, Ikeja, Lagos.

Represented by the Lagos State Police Public Relations Officer, DSP Elkana Bala, Mba, at the conference themed ‘ Educating and Leading for Peace in an Intercultural Environment’, attributed the ills in the society to the total collapse of family values.

He stated emphatically that the clamour for peace and security in he country would only be attained if the family system worked properly.

He said, “ Parents and guardians have a crucial role to play in the moral upbringing of their children and wards in times like this.
“It is worrisome to see some parents becoming so busy and leaving their children on their own. As parents, we should be thinking of how to return the family to what it used to be.

“History repeats itself when men refuse to learn. It is time to have a rethink and find lasting solutions to our national problems which are lack of peace, conflicts and insecurity and that time is now!”.

Mba, who received an award of Peace Ambassador from the institute, also urged heads of families to provide an enabling environment for their children to becoming good ambassadors of Nigeria, adding that discussions on the consequences of committing crimes should be held with families members on regular basis.

In his remark, Business and Career coach, Mr Muyiwa Afolabi , corroborated Mba’s position , even as he called on Nigerians to lend helping hands to the indigents around them.

The keynote speaker, Prof. Adejoke Jibowo of the Faculty of Education, Olabisi Onabanjo University, Ago Iwoye, Ogun State, who also stressed the need for peace to begin from families, advised Nigerians to preach the gospel of peace in their various communities.

Chairman on the occasion, Rev Peter Agiarpuye , who advised Nigerians to always seek divine intervention in the affairs of the country, also challenged parents and religious leaders to take responsibility of preaching peace and love for one another to members of their churches and mosques.

Earlier in his remarks, President and Executive Director of the Institute, Dr. Ofonime Emmanuel Bassey, explained that the 2019 conference was aimed at addressing current socio- economic and cultural challenges, “which mainly insecurity, lack of peace in the society, conflicts” ,even as he emphasised on promoting education which he said was the bed rock of any development.