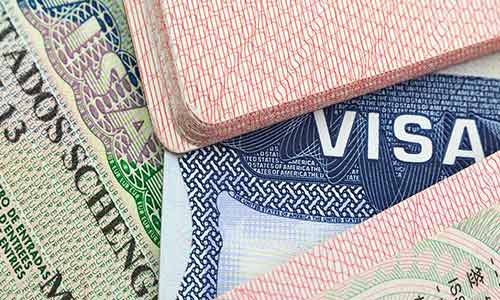 A 49-year-old man, Folorunsho Alade, charged with forging documents to travel to the United States, was on Thursday docked at an Igbosere Magistrates’ Court in Lagos State.

Alade, whose address was not provided, is facing a five-count charge bordering on false declaration and forgery.

He, however, pleaded not guilty.

The Prosecutor, DSP J. I. Enang, told the court that the defendant committed the offences in 2015 in Lagos.

Enang said that the defendant made a false statement on oath at the Lagos High Court, and submitted it as a genuine document to the U.S. Consulate-General.

“The defendant knew that his oath declaration was false and the traveller’s documents were fake; he still submitted them to the U.S. Consulate-General to be acted upon as genuine, ” Enang said.

The Magistrate, Mr B. I. Bakare, granted the defendant bail in the sum of N250, 000 with two sureties in like sum.

Bakare said that the surety must be gainfully employed and have evidence of tax payment to the Lagos State Government.

He adjourned the case until Jan. 14 for mention.