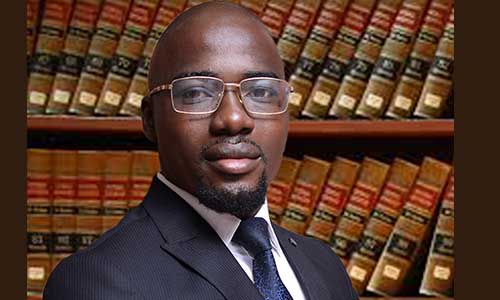 Until recently, I had believed that the biggest threat to Nigerian’s corporate existence was insecurity, following the recent abduction of 136 children in Niger State, and the unpalatable story of 88 people killed by bandits in Kebbi State last Thursday. Meanwhile, while Nigerian leaders were busy hunting Twitter, last Saturday, about 20 people were reportedly massacred in Igangan, Oyo State. Again, on Sunday, 6th June, 2021 not less than 27 mourners were reportedly mowed down by bandits in odugbeho, Agatu Local Government Area, Ogun State. Are these gory stories not enough for the Federal Government of Nigeria (the “FGN”) to declare a state of emergency on security? Unfortunately, the FGN is “busy” with its latest “enemy”, Twitter.

Recently, the FGN suspended the operation of Twitter in Nigeria and insisted that it must register as a business concern in Nigeria as one of the pre-conditions for the suspension could be lifted.  Twitter was accused of suspicious activities in the country, including not paying tax to the Nigerian Government despite the revenue it generates from Nigerians, and promoting activities that are inimical to the growth of Nigeria and its corporate existence by funding the #ENDSARSPROTEST.

To reinforce the suspension of Twitter activities in Nigeria, the Attorney-General of the Federation and the Minister of Justice threatened to prosecute any Nigerian who violates the order suspending Twitter. Even though the threat appears to have been made without recourse to its consequences, it bears asking, under what law would such Nigerian be prosecuted? and what happens to the fundamental right to freedom of expression enshrined in section 39 of the 1999 Constitution of the Federal Republic of Nigeria (as amended) Constitution? For ease of reference, section 39 of the Constitution is reproduced below:

“Every person shall be entitled to freedom of expression, including freedom to hold opinion and impart ideas and information without interference”

(a) for the purpose of preventing the disclosure of information received in confidence, maintaining the authority and independence of courts or regulating telephony, wireless broadcasting, television or the exhibition of cinematograph films; or

In the light of the above provisions, it is important to remind our government that fundamental rights are inherent to all humans and are inalienable. As judicially confirmed by the Court of Appeal in Hassan v. EFCC (2014) 1 NWLR (Pt. 1389) 607 (CA), fundamental rights stands above the ordinary laws of the land and are in fact antecedent to the political society itself; it is a primary condition to civilized existence. They are frequently held to be universal in the sense that all people have and should enjoy them; and to be independent in the sense that they exist and are available as standards of justification and criticism whether or not they are recognised and implemented by the legal system or officials of a country.

In my opinion, the ban of Twitter is without recourse to the enabling laws of the land and the dare consequences for thousands of young Nigerians and small-scale businesses that earn their living from the platform was never considered. I do not think the government acknowledged how much Twitter had been enmeshed into the structures of the social, economic, and political life of Nigerians before suspending it.

Nigerian’s global reputation was not factored in the decision to suspend Twitter. Let it be known that organization like Twitter have the duty to remind leaders that they embody the machinery of political power, and threatening people on social media can propel your foot soldiers to enact brutality on innocent folks.

However, instead of hastily moving against Twitter, why not petition them properly as deliberation is still an integral part of democratic culture without considering the second thought of how it affects business and outlet of many Nigerians. That said, there is no denying the fact that the government have a duty to regulate all activities for the betterment of the people, as such, the government could use the opportunity afforded by the Twitter imbroglio to come up with a legal framework for the operations of foreign social network companies in the country, without necessarily regulating to “kill”.

It is high time we actively take step to reinforce the faith of our society, bring solutions to societal issues and most especially, to check the abuse of power.