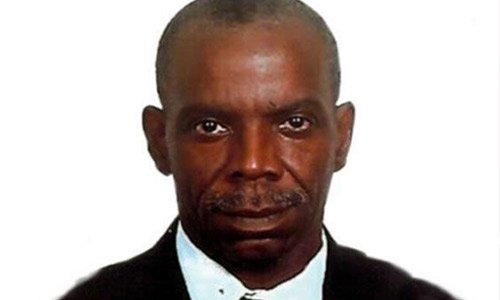 Those who argue that marking June 12 as Nigeria’s Democracy Day is inappropriate, and should be left to the Yoruba of the South-West Nigeria alone, quite forget that the presidential mandate given to Bashorun MKO Abiola was pan-Nigerian.

An Op-ed article in The Guardian newspaper, written by the late businessman, Onwuka Kalu, during the heat of the agitation, was the first attempt to identify the actualisation of the June 12 mandate as a Yoruba cause, despite Abiola winning even in the ward of Bashir Tofa, his opponent, in Kano. That was disgraceful.

Yet, the unifying effect of celebrating June 12 as Nigeria’s Democracy Day cannot be overemphasised. This is the day that Nigerians, from all socio-economic strata, regional, religious or ethnic background, chose to stand like one man, politically.

It didn’t matter to the majority of the electorate that the presidential candidate, Abiola, and his running mate, Baba Gana Kingibe, were both Muslims. Nigerian Christians only saw their politics, and never thought too much of their religion.

And, if you took a roll of the stalwarts who fought for the mandate, you will discover that a majority of them were Christians. Their Muslim compatriots also saw no need to brandish a religious totem.

Now, those who put forward the argument that the Yoruba were in the vanguard of the crusade must be reminded of certain political history of Nigeria: The South-West has been the traditional hub of Nigeria’s progressives, the civil society and the media.

And when you consider Navy Commodore Ebitu Ukiwe, Navy Captain Ndubuisi Kanu, Campaign for Democracy’s Chidi Ubani, who are of the South-East extraction; Air Commodore Dan Suleiman, and former Kaduna State Governor Balarabe Musa, of Northern extraction, and Prof Julius Ihonvbere, of the South-South, nothing suggests Yoruba in their names.

Maybe, one should add the social curve by recalling that the prestigious Island Club of Lagos, numbered Sir Louis Odumegwu Ojukwu, an Igbo, and Ernest Seesi Ikoli, an Ijaw, in its foundation members in 1943.

And they never felt at any disadvantage by joining a social club whose membership is predominantly of the Yoruba stock, and whose base was in a predominantly Yoruba environment.

So, to all intents and purposes, the gesture of President Muhammadu Buhari to declare June 12 every year a Democracy Day is apt, and justified. It is time for Nigeria to adopt such a day to celebrate the values of democracy.

On that day, Nigerians are expected to salute their own courage and insistence to operate a democratic society. They should fly buntings, join parades, make music, dance and celebrate on the streets throughout Nigerian cities, towns and villages.

Marking June 12 as Democracy Day every year is a good way to remind those who contributed to scuttling the mandate that democracy is the preferred political option that Nigerians have chosen.

It should also affirm to the like of National Electoral Commission’s Prof Humphrey Nwosu, and other patriots, who chose to be truthful and faithful to the democratic process, that their sacrifices were not in vain.

By marking this day as Democracy Day, the people of Nigeria will also be encouraging their compatriots, who are so inclined, to always tread the noble path of patriotism in any matter that concerns Nigeria.

The essential symbolism of June 12 as Democracy Day is that Nigerians now have a ritual that ties together all the democratic institutions, like the constitution, the three arms of government, political parties, the Independent National Electoral Commission, voting, and the electorate.

It further explains, and entrenches, democratic values in Nigeria’s politics. President Buhari should therefore be applauded; it will be bad manners indeed for anyone to chastise him for doing right by recognising a notable milestone on Nigeria’s journey into democracy.

This should significantly help to persuade Nigerians who argue that Nigeria is probably still a pseudo-democratic system that is still being run by the military. You may actually agree with their argument that the 1999 Constitution is a military decree signed by a serving military Head of State, Gen Abdusalami Abubakar, when you remember that the military rule by decrees.

This indeed puts a lie to the Preamble to the Constitution, which claims that, “We the people of the Federal Republic of Nigeria: having firmly and solemnly resolved… Do hereby make and give to ourselves the following Constitution:”

While it is true that Nigerians agitated and insisted on a return to civil rule, and a termination of the military regime, and a Constituent Assembly was set up by Gen Sani Abacha, who was the immediate predecessor of Abubakar as military Head of State, the 1999 Constitution is the handiwork of a few, huddled in some dark recesses, known only to the military who appointed them.

Sceptical Nigerians point to some realities that will be too significant to ignore: There is no doubt that the retreating military deliberately looked for one of their own, Olusegun Obasanjo, to take over the reins of government, and give them a soft landing.

Some translate this to mean that the espirit de corps between military men, in and out of uniform, is probably the grundnorm of the Fourth Republic. In other words, the current democratic dispensation can only survive if the Nigerian military agree.

It was widely rumoured that when former President Goodluck Jonathan was seeking re-election, he went to solicit the support of former military President Ibrahim Babangida, who was reported to have boasted, “Most of the soldiers you see today are boys to our own boys.”

You will observe that apart from President Obasanjo’s retirement of military officers who had held political offices, no finger was lifted to prosecute any military officer. The only interrogation anyone of them had was the velvet glove tease by the Truth and Reconciliation body headed by former Supreme Court Justice, Chukwudifu Oputa.

The persecution or prosecution of former Chief of Army Staff, Gen Ishaya Bamaiyi, and Major Hamza al-Mustapha, who was the Chief Security Officer to Abacha, was initiated by the military before they handed over to Obasanjo.

The other significant issue is that whereas former President Obasanjo, who took over from the military, was a former military officer, his deputy, and Vice President Atiku Abubakar, also retired from the paramilitary Nigeria Customs Service.

At one time, Col Ahmadu Ali emerged as Chairman of the then ruling Peoples Democratic Party, while a major fixture of post-Obasanjo government was Brig Gen David Mark, who was Senate President.

President Buhari’s emergence may also be a part of the plan of the military to hold a major stake in Nigeria’s democracy. And if you look well, you will notice that a significant number of politicians in the federal and state tiers of government in Nigeria were military men.

Though sceptics wonder how much democracy is in Nigeria nowadays, the ritual of marking Democracy Day should entrench democratic values in Nigerians, and tell the military that Nigeria is sold to democracy.